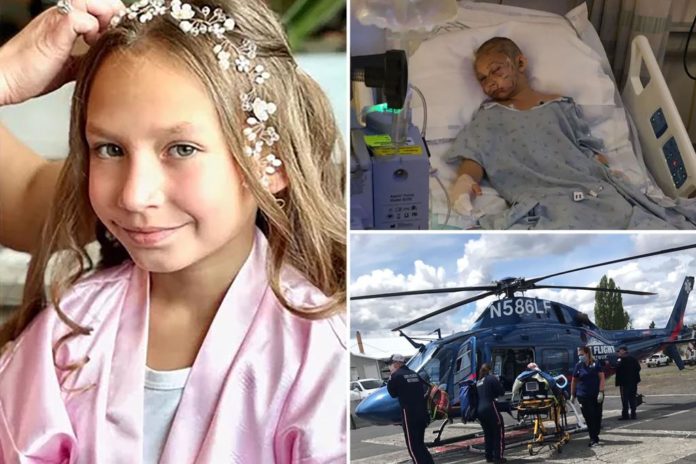 A 9-year-old girl made headlines online after surviving a cougar attack after wandering up a trail with two friends while camping in northwest Washington state over the weekend.

On Saturday morning, near Fruitland, Washington, sources said the girl fought back the cougar while her friends ran for their lives.

As the adults rushed to help and found the girl covered in blood.

According to reports, the girl was soon airlifted to a hospital, where she’s recovering after surgery for multiple wounds to her head and upper body.

For attacking the girl, the young male cougar was killed.

Fish and Wildlife spokeswoman Staci Lehman revealed cougar attacks are rare, with only two fatalities in the last century in Washington state.

“In this instance, this little girl did nothing wrong,” Lehman said.

“It happened so quickly, and there’s nothing she could have done to prevent it,” Lehman added.