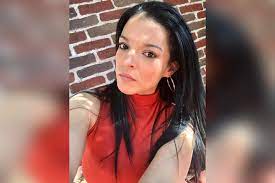 On Sunday evening, an American mother of four children is among the 20 people shot dead in a massacre at a cockfight in Michoacan, Mexico.

The local police identified the victim as Melissa Silva, who was only vacationing in the Las Tranjas region when the deadly shooting occurred.

The police said that aside from the 20 people who died, four others were also wounded in the attack.

The prosecutors handling the case revealed that the shooters planned the attack and entered the area in a stolen truck owned by a snack food company around 10:30 p.m. on March 27.

“The snack food company truck arrived, and several armed people in camouflage clothing got out,” a prosecutors’ statement said.

“At the same moment, a bus outside the building was used as a blockade,” the prosecutors added.

Prosecutors added that drug cartels and other gangs had been fighting in the area.

“It was a massacre of one group by another,” Obrador said.

According to reports, the Mexican army and national guard troops were deployed in the area on Monday to capture those responsible.