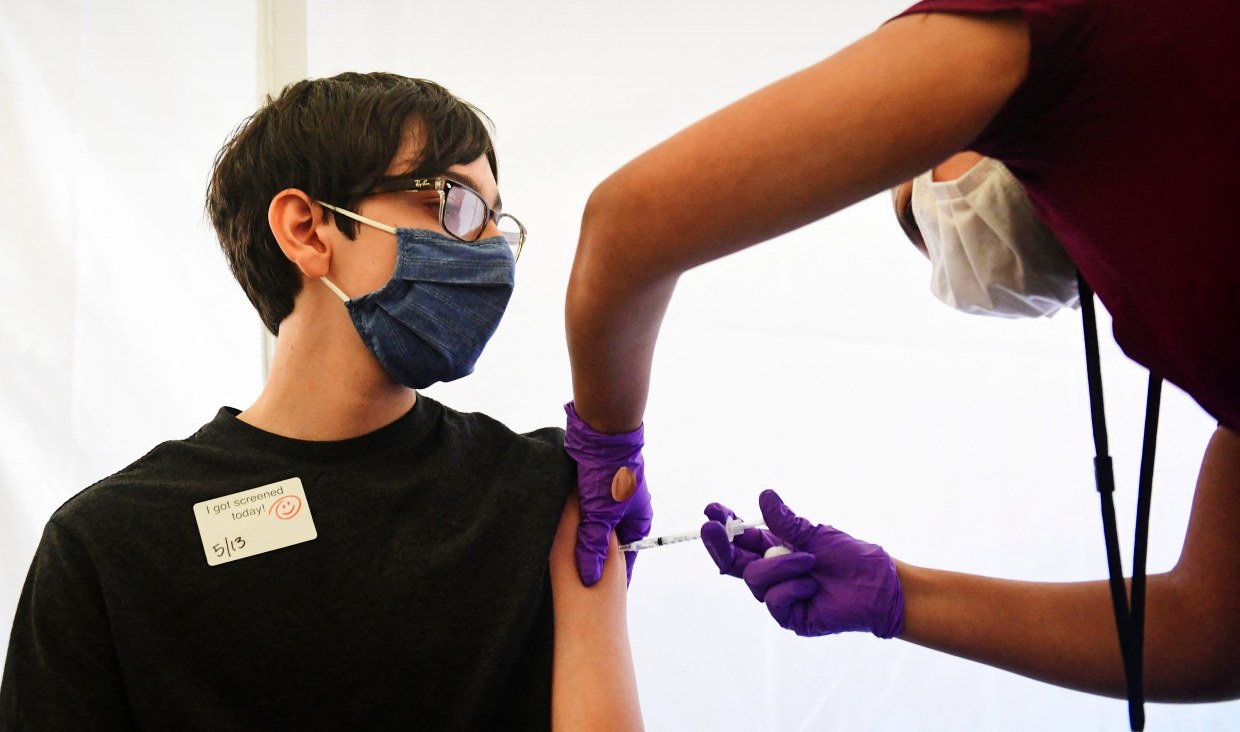 The move to stop the further spread of COVID-19 in the US just got a much-needed boost.

On Wednesday, the Centers for Disease Control and Prevention advisory panel voted to recommend Pfizer-BioNTech Covid-19 booster shot for kids ages 12 to 15, a critical step in distributing additional shots to adolescents this week.

In a vote of 13-1, the panel, called the Advisory Committee on Immunization Practices, approved giving 12- to 15-year-olds the boosters at least five months after their second dose.

The recommendation is part of the newly released guidance from the CDC for people age 16 and older who were initially immunized with the Pfizer vaccine.

According to reports, the recommendation came two days after the Food and Drug Administration cleared the extra doses for the age group.

A CDC official revealed some 5 million children would immediately be eligible for the extra doses.

Before making the recommendation, sources said committee members grappled with how strong the language for the recommendation should be, weighing the risk of the highly contagious omicron variant of the coronavirus as well as data showing adolescents, in general, are less likely to suffer from severe disease from Covid than adults.

Dr. Helen Keipp Talbot, a professor of medicine at Vanderbilt University who was the only committee member who voted against the recommendation, explained that said she is not against boosters for kids but worried that it would distract from unvaccinated teens getting their first shots.

Meanwhile, Dr. Sara Oliver, an epidemic intelligence service officer for the CDC, said in a presentation to the committee that U.S. cases have “rapidly increased” since the start of December because of the increased prevalence of omicron, which now accounts for around 95 percent of all new cases.

Moreover, it was learned that children generally experience severe illness from Covid less often than adults, but kids are now being hospitalized with the disease at record numbers as the new variant spreads across the country.