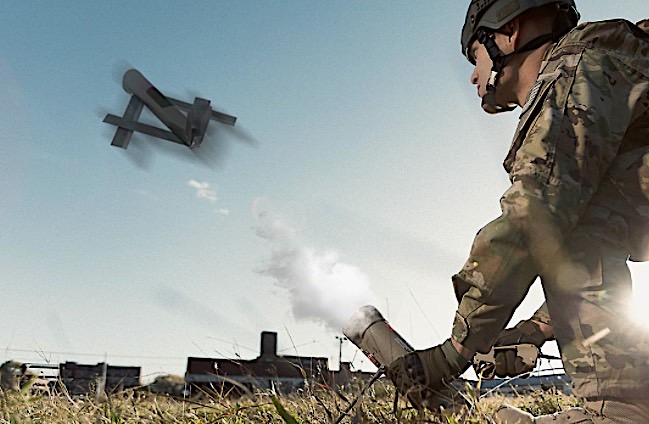 Two congressional officials revealed on Wednesday that President Joe Biden is considering giving Ukraine so-called “kamikaze drones” that can demolish tanks from up to 25 miles away as part of more than $1 billion in military aid.

The officials said Biden wants to send the war-torn nation lethal US-made Switchblade drones — which the US has so far only used in secret.

They said the deadly drones which had already been used in Afghanistan could be part of the latest offer of $800 million in aid that Biden is expected to make at 11:45 a.m. today.

Sources said at the moment, there are two Switchblades available — with the larger, 50-pound 600 model carrying an anti-armor warhead capable of destroying tanks and other armored vehicles while controlled from a tablet.

The maker of the drone AeroVironment said the Switchblade 600 can “loiter” in the air for more than 40 minutes, allowing it to stealthily travel 25 miles — then dart at its target at up to 115 mph.

The AeroVironment added that a smaller Switchblade 300 weighs only 5.5 pounds — and is able to home in and kill troops from more than 6 miles away.

Meanwhile, a White House official said part of the $800 million worth of military aid is anti-tank and anti-aircraft missiles.