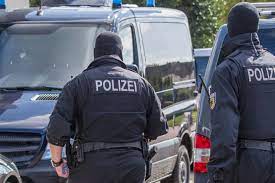 On Friday, a police officer and two passengers of a regional train in Germany overpowered a terrorist who stabbed five people with a knife.

The German authorities said while the train, which had 270 passengers, was traveling near the western city of Aachen, the suspect, an Iraq-born man, suddenly went on a stabbing spree and wounded five passengers.

The suspect is now in police custody as the wounded are currently being treated at local hospitals, and none of them was in life-threatening condition