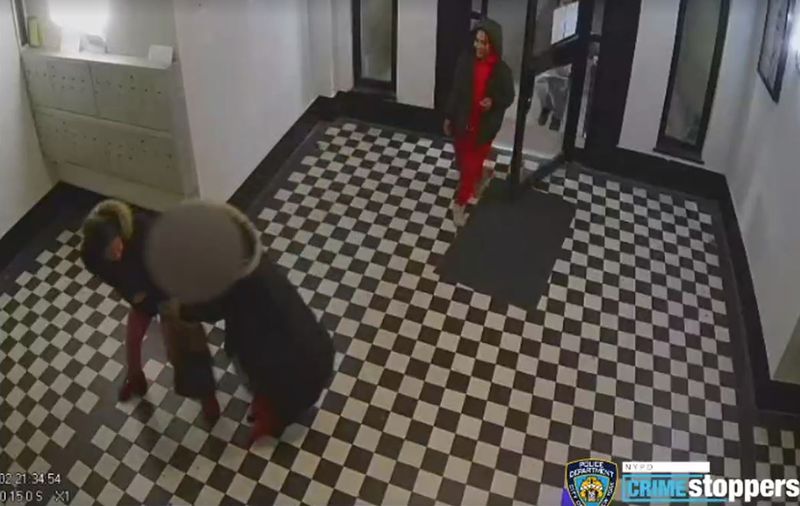 On Wednesday, the NYPD arrested a 13-year-old girl for attacking a 76-year-old woman in a brutal caught-on-camera Bronx mugging that left her elderly victim with a broken hip.

Based on the surveillance video, the girl sporting pink leggings swung the senior around until she fell onto the lobby floor of her Pelham Bay apartment building.

The suspect casually escaped after the attack, but NYPD arrested her in a follow-up operation.

After her arrest, the NYPD filed charges of robbery and assault at the Bronx Family Court, where she will be charged as a juvenile offender.

The NYPD further saId aside from the assault; the suspect also ran off with the victim’s purse, which had $50 and a debit card inside.