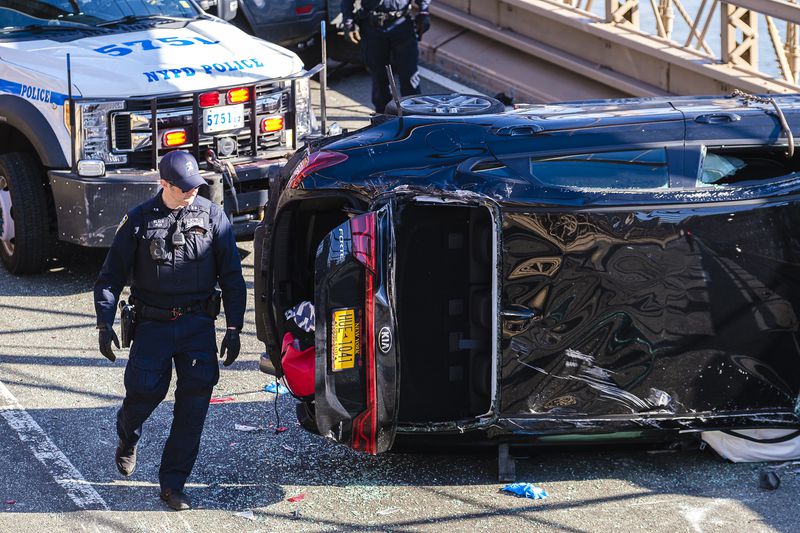 Seven people were injured, one of whom was in critical condition after a multi-car crash on the Brooklyn Bridge Saturday afternoon.

The NYPD said a 30-year-old man is now in critical condition after being ejected from his car on the Brooklyn-bound side of the bridge just before 3 in the afternoon.

The NYPD said the victim is now undergoing treatment at the Bellevue Hospital.

The police said the six other victims suffered minor injuries from the incident.

A deeper investigation of the crash is now underway.