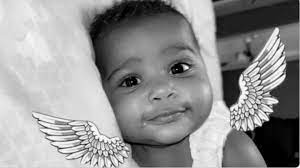 An American bulldog attacked and killed a 7-month-old girl in east Georgia earlier this week.

The local police identified the dead infant as Serenity Garnett, of Grovetown, who was attacked by a dog in the breed of Great Pyrenees mix around noon on Tuesday.

In the initial police investigation, the victim was being watched by her great-grandmother, Migdelia Guadalupe, 56 when the dog attacked them.

Guadalupe suffered multiple lacerations and puncture wounds on her arms when she tried to protect her granddaughter from the attack.

The Columbia County Fire and Rescue personnel immediately responded and brought the two to the nearest hospital.

However, the baby died at around 6:45 that same day.

The grandmother is expected to survive the attack for her part since her injuries are not life-threatening.

According to reports, the dog is now being held in quarantine at Columbia County Animal Services.