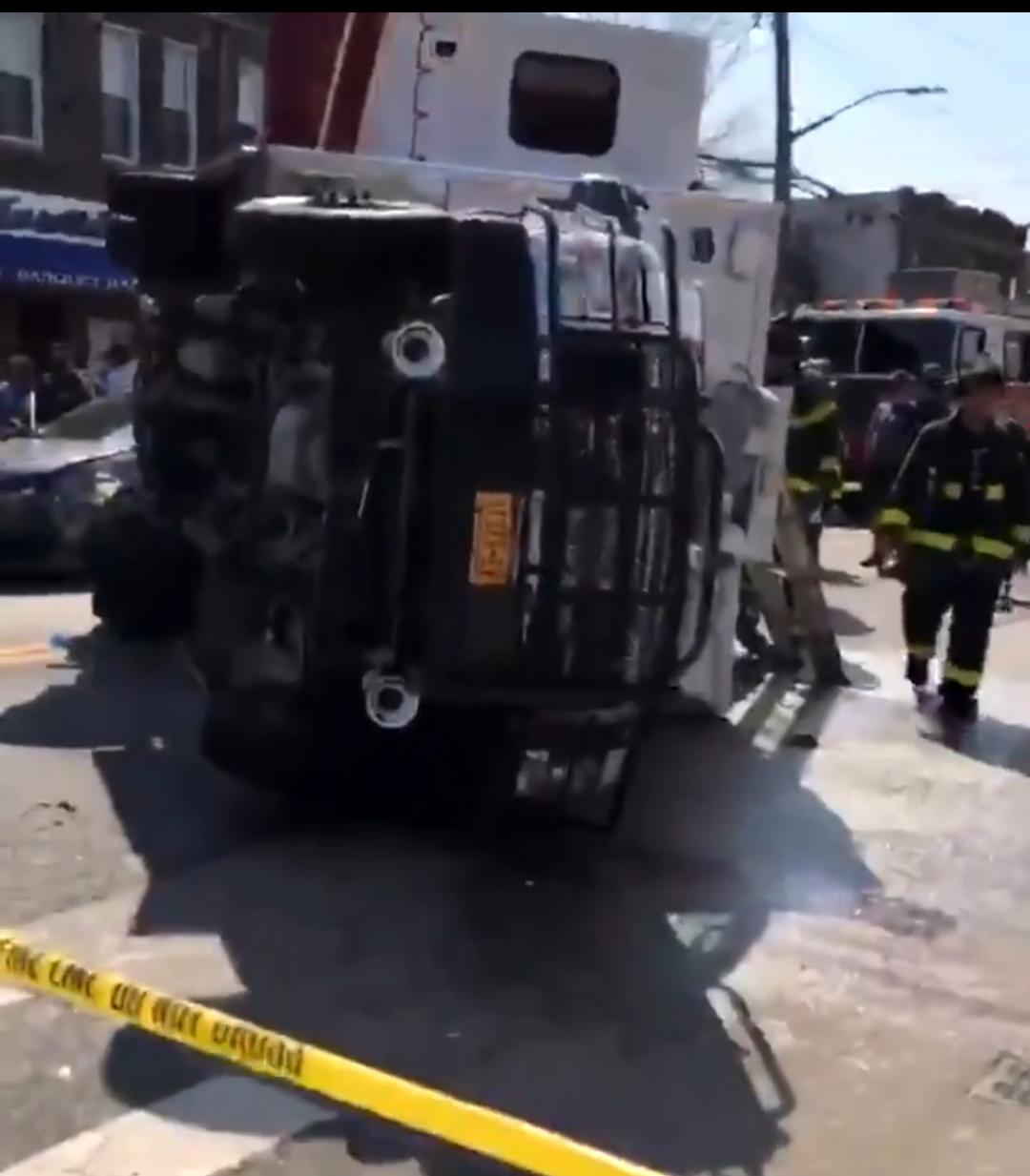 BREAKING: Eight Injured, one dead, in a fatal multi-vehicle car crash, resulting in a Hatzolah ambulance to rollover.

Eight people were injured, one dead, in a fatal ambulance crash on Sunday afternoon in Brooklyn.

The incident unfolded just after 3:00 pm, where an Hatzolah ambulance from the Canarsie division was on the way to the hospital with a 95-year-old woman who was previously in Cardiac Arrest.

The incident occurred after the Hatzolah ambulance was driving down Avenue N in the Flatlands neighborhood from Brooklyn, where at the intersection of Schenectady Avenue, a car slammed into the Ambulance resulting in the Ambulance rolling over to its side – hitting another car – and entrapping the patient and the Hatzolah paramedics in the back of the ambulance.

Additional Hatzolah volunteers rushed to the scene to aid the injured people, while the FDNY was notified about the incident.

The FDNY arrived at the scene to extract the trapped patient and the Hatzolah paramedics from the back of the ambulance.

Photos of the scene show an overturned Hatzolah ambulance, with FDNY firefighters extracting the trapped occupants

Video footage from the incident shows the moment of the Hatzolah ambulance driving down Avenue N, where a four-seated sedan slammed into the rear-end of the ambulance, resulting in it tipping over to the side at the intersection of Schenectady Avenue.

BREAKING: An ambulance collides with a car in Brooklyn and flips over. The NYPD tells us a 95 year-old patient being transported has died. Investigation now underway. The latest at 6 on @NBCNewYork pic.twitter.com/WXfUTbD1ty

Police were on the scene to investigate the incident.