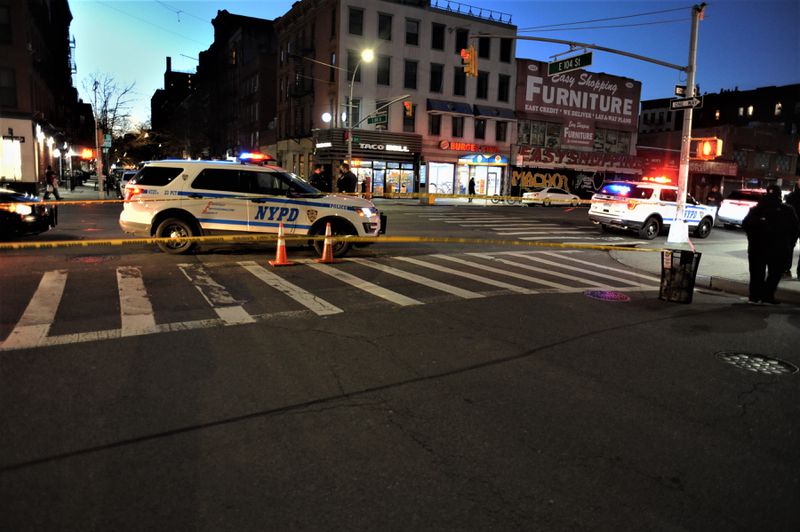 On Tuesday, an 86-year-old woman died after a scooter rider hit her in an East Harlem crosswalk.

The NYPD identified the victim as Mehri Hekmati, who was crossing Third Ave. at E. 104th St. about 4:50 p.m. Friday when she was struck.

Surveillance video shows Hekmati in the crosswalk looking to her right as a handful of cars turned onto E. 104th St. from Third Ave.

Moments later, a 35-year-old woman zipping down E. 104th St. on a motorized stand-up scooter from the opposite direction the victim was looking slammed into the victim, knocking her to the ground.

The scooter rider stopped and tried to help the victim.

According to reports, Hekmati, who lived on the Upper East Side, died due to a massive head injury when she hit the ground.

Sources said medics rushed her to Metropolitan Hospital, but she was transferred to Bellevue Hospital, where she died late Saturday.

No criminal charges have been filed yet against the scooter rider as NYPC continues to investigate the incident deeper.