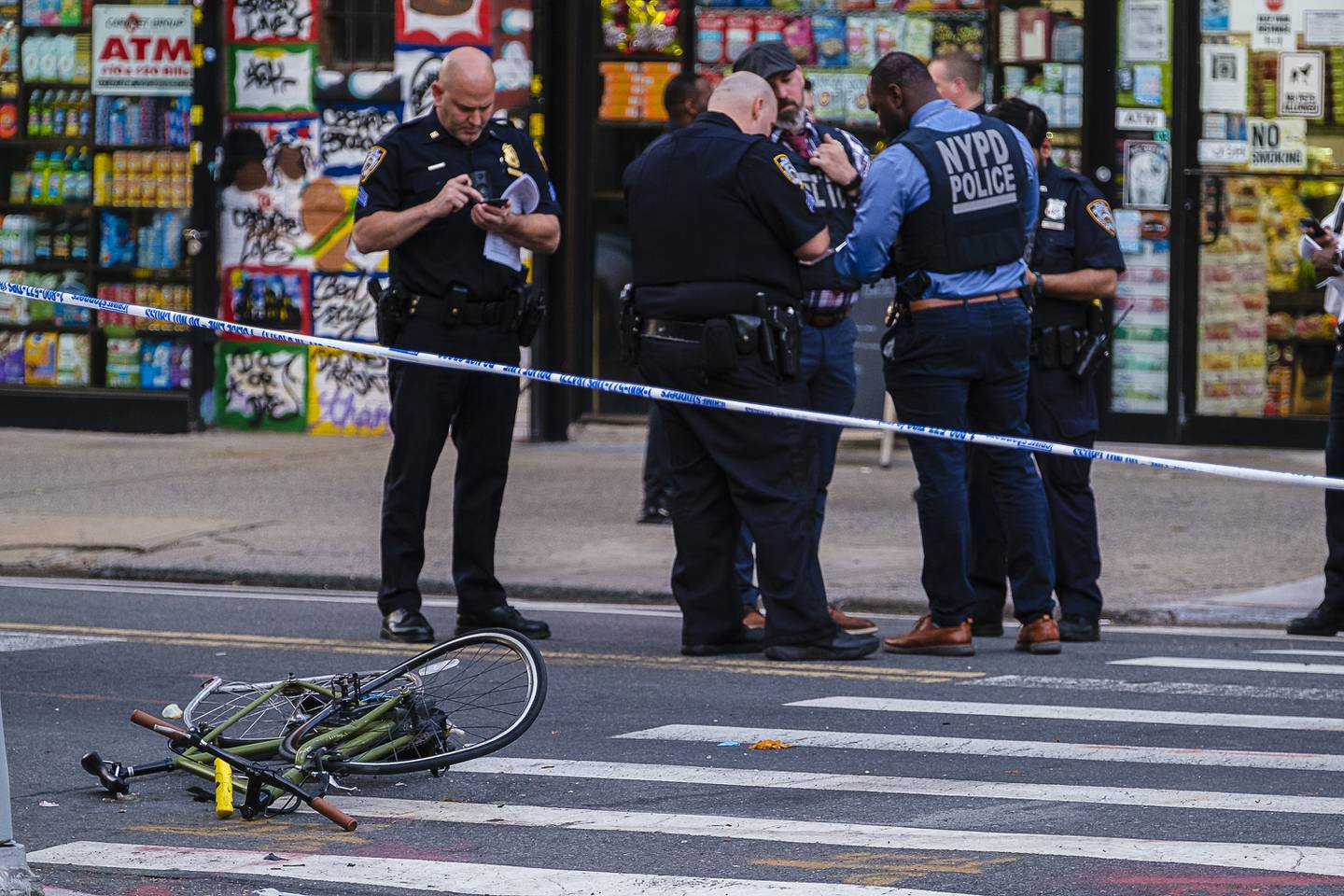 On Saturday, a 67-year-old woman died, and her eight-year-old grandson was seriously injured when a driver of a suspected stolen car fleeing police slammed into them in Brooklyn.

The NYPD said the incident started around 7:10 p.m. when a sergeant and two police officers at Chauncey St. and Ralph Ave. pulled over a car with mismatched license plates they believed to be stolen, cops said.

As the police officers walked up to the vehicle, the driver took off at a “very high rate of speed” to flee.

The NYPD added the car sped up Ralph Ave. and struck a cyclist and two pedestrians at Macon St. before continuing and slamming into other pedestrians at the corner of Halsey St.

In a follow-up operation, the NYPD took one person of interest into custody who is being “thoroughly interviewed.”

New York City Mayor Eric Adams is sad about the incident and blamed it on New York’s bail reform laws.

“We are feeding it over and over again,” Adams said.

“A small number of bad people think they can do bad things and get out of jail because we have a bad criminal justice system.

When are we going to connect the dots,” Adams added.