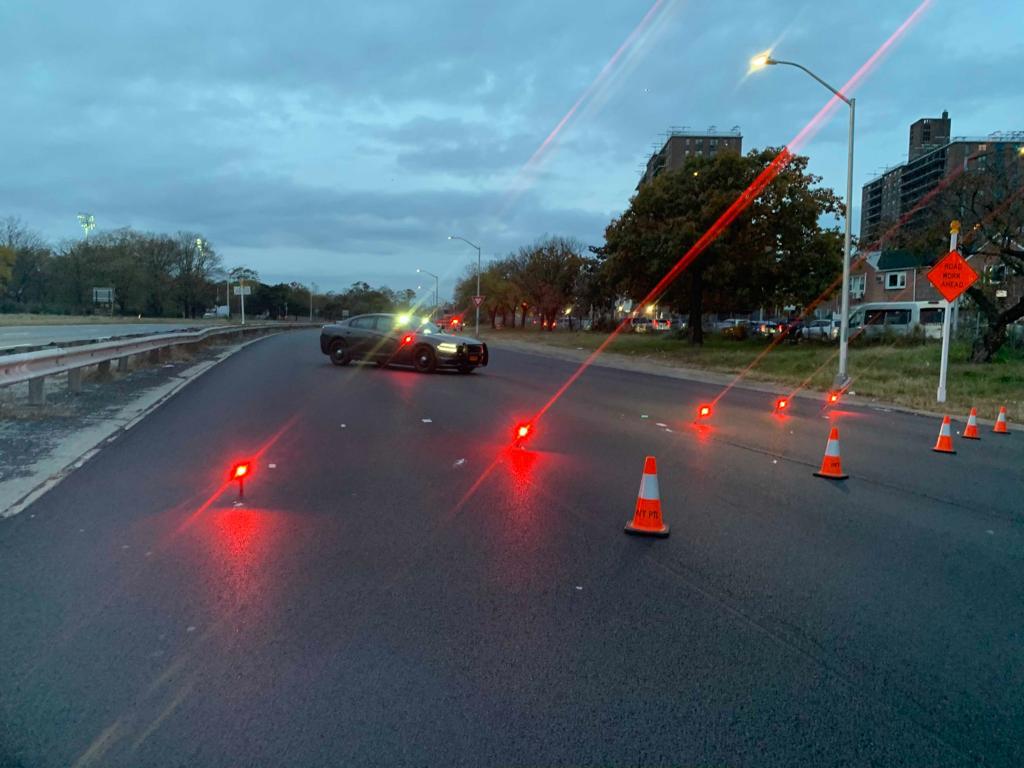 BREAKING: Male suspect wounded in a shootout with NYPD after a high-speed pursuit on Belt Parkway

An armed male suspect is wounded in a shootout with members of NYPD in a dramatic high-speed pursuit in Brooklyn around 4 p.m. today.

In the initial police investigation, the police tried to stop a vehicle traveling at high-speed on the Belt Parkway.

The vehicle was reportedly driving in the wrong way.

As the NYPD push the vehicle off the road, the suspect exited and began shooting at the police.

The FDNY EMS is now doing some medical treatment to the suspect.

To avoid possible traffic it is best to avoid the Belt Parkway, as the entire area is shut down for an investigation.