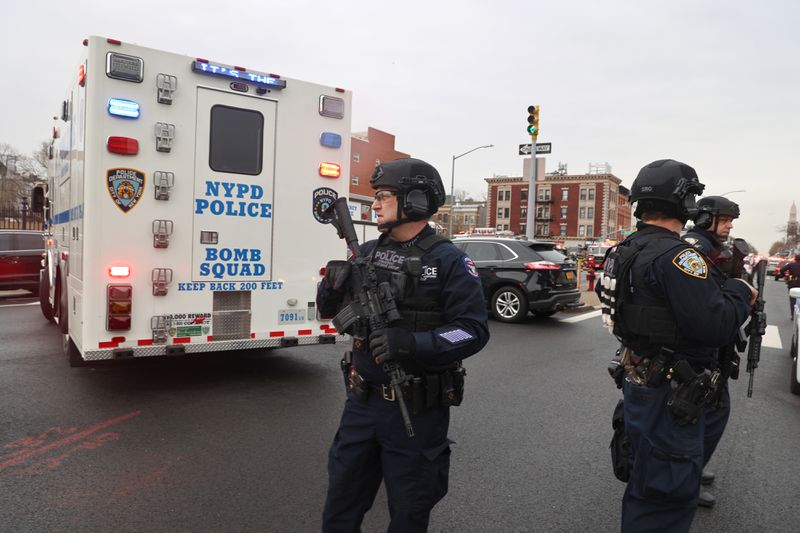 BREAKING: Mayor Adams calls on the public to help in the arrest of the Brooklyn subway shooting suspect

New York City Mayor Eric Adams has called on the public to come forward and help the police arrest the suspect in the Brooklyn subway shooting on Tuesday that wounded 10 people.

In a brief virtual video address from Gracie Mansion, Adams also revealed that the NYPD would do its best to find the vest-clad gunman who unleashed a smoke bomb and shot at least 10 people at a Sunset Park subway station.

“We ask the public to come forward with any information to help us in this investigation,” Adams said.

“We will not allow New Yorkers to be terrorized, even by a single individual,” Adams added.

Based on the initial police investigation, 16 people were receiving medical care — 10 with gunshot wounds — after a gunman in a green vest and a gas mask opened a canister, apparently filled with smoke, and fired on passengers on an inbound N train arriving at the 36th St. stop in Brooklyn.

In a briefing in Sunset Park, NYPD Police Commissioner Keechant Sewell said that they are now hunting down the suspect the whose motive for the attack remains unknown.

Meanwhile, in view of the subway attack, Adams said the city would extend transit cops’ day tours, doubling the number of officers in the transit system.

“We’re going to make sure that we actively and aggressively identify the person and go after the person who was responsible,” he said.

“Together, we will navigate this crisis that hit our subway system,” he added.