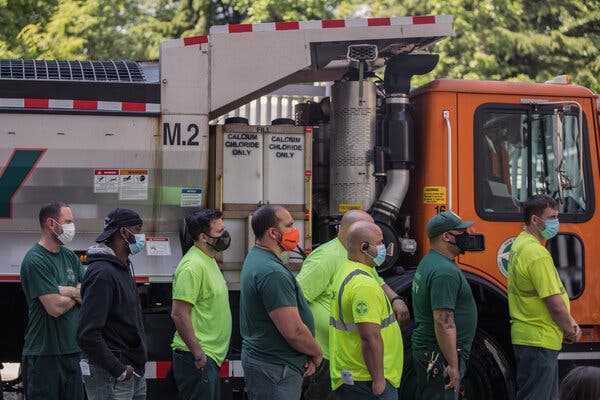 New York City Mayor Bill de Blasio is ready to take his next steps in mandating the COVID-19 vaccine for all city workers, with a November 1 deadline for at least one shot.

As reported by the NY Post, the hizzoner is expected to make the announcement at a press briefing today, in which he will state that all city workers will require a vaccine by the stipulated deadline or face unpaid leaves.

Right now, only Department of Education staff are required to be vaccinated, but de Blasio has long considered extending the mandate to all 300,000 city workers, which includes the NYPD and firefighters as well.

The decision is most likely being taken since vaccination rates in the NYPD are quite low. The current vaccination rate among the city’s workforce stands at about 83 percent, but the number is significantly lower with cops and firefighters. The NYPD has a vaccination rate of 69 percent among its 55,000 cops and civilian members.

But the forced vaccine mandate is not preferred by all. As reported by The Post, an anonymous official from Brooklyn commented, “The mayor has no idea what he’s doing. We’re going to lose half of our cops and half of our fire department if this goes through, and then what?”

As of now, many first responders are happy with the current rule that requires them to be vaccinated or subjected to regular COVID-19 testing.