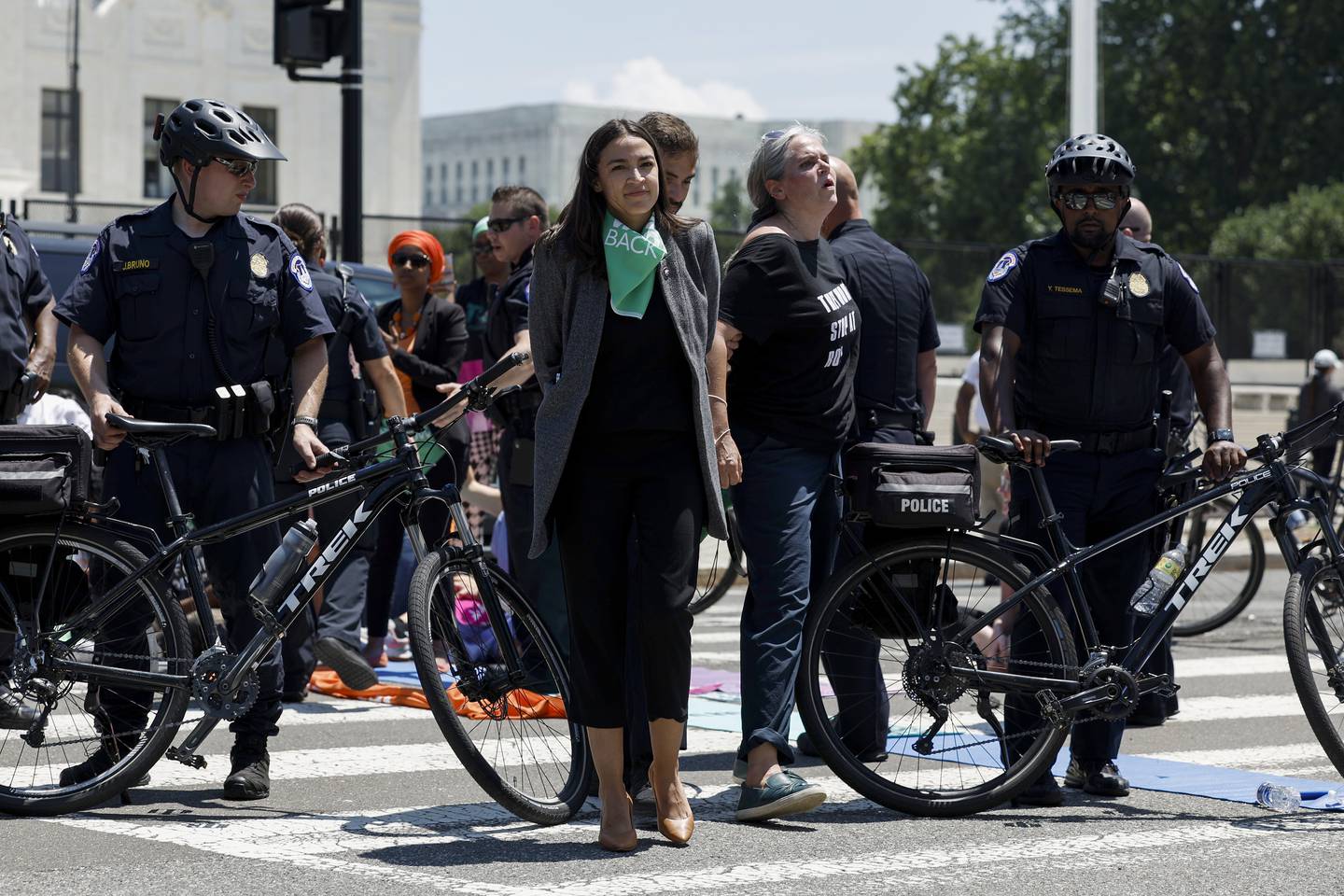 On Tuesday, Capitol police arrested York Democrats Rep. Carolyn Maloney, Rep. Nydia Velazquez, and Rep. Alexandria Ocasio-Cortez for conducting a pro-choice protest outside the Supreme Court, which is not in session.

According to reports, the three New York City lawmakers were among a group of sixteen members of Congress who were bundled away by police in the civil disobedience action against the top court’s recent decision to overturn the landmark Roe v. Wade decision that legalized abortion.

In a tweet, Maloney and Velasquez showed no regret for their actions.

“This is the time to stand up, speak out, and not shy away when seeking justice and equality,” Maloney tweeted.

It’s time for some good trouble. “We won’t go back,” Velazquez said.

The lawmakers made the rally to protect the conservative top court’s decision to roll back the constitutional right to abortion that had been in place since Roe was decided nearly 50 years ago.