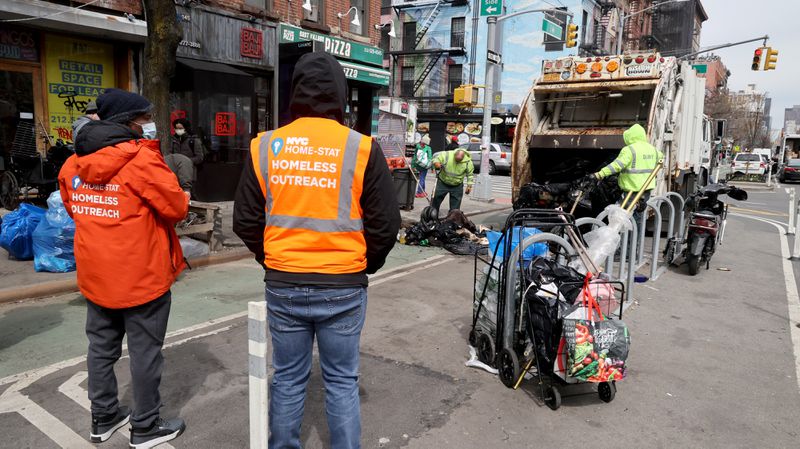 Most of the City Council’s members have called on Mayor Adams Tuesday to immediately stop his administration’s “cruel” homeless encampment crackdown.

In a statement, the Council’s Progressive Caucus said it doesn’t make sense for the mayor to order the dismantling of homeless encampments while at the same time calling for a 20% spending cut at the Department of Social Services as part of his preliminary budget proposal.

“By demolishing these street encampments, the mayor is telling people, many of whom have nowhere else to go, that they don’t belong,” the statement read.

Charles Lutvak, a spokesman for Adams, said the mayor is not looking to wind down the encampment razing despite the Council’s request.

Lutvak added that the mayor has “the same goal” as the Council members in that he wants to “provide New Yorkers living on the streets with a clean, safe place to rest their heads at night.”

Meanwhile, in the TV guesting, Adams said his administration has in the past weeks doubled down on expanding so-called haven and stabilization shelters, which have proven more prevalent among homeless people concerned about safety at congregate-style shelters.

Adams added that the city is building out capacity for 500 beds at such shelters, where drug addiction and mental health services are often available. “Once we fill those, we want to evaluate so we can pivot to the larger amount that we need,” Adams said.