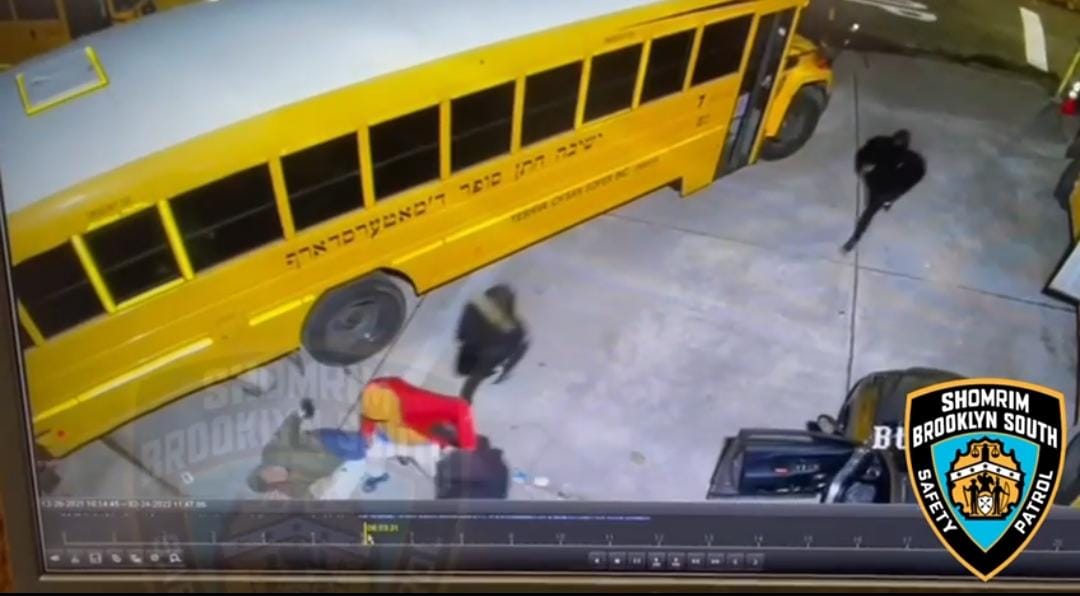 The NYPD is now tracking down five teens who attacked an elderly yeshiva bus driver on Thursday morning in Boro Park.

The NYPD said the shocking incident occurred in a parking lot on 49th Street and Old New Utrecht at around 6 am.

In the initial investigation by NYPD and Shomrim, as the driver entered the bus the teens who were hanging out in the vehicle suddenly attacked him by puching and kicking him repeatedly.

The 79-year-old man was immediately brought to Maimonides Hospital for treatment of his injuries.

The NYPD and Shomrim hurriedly responded to the incident but the teens were able to escape on foot after the attack.

A deeper investigation on the incident is now underway.