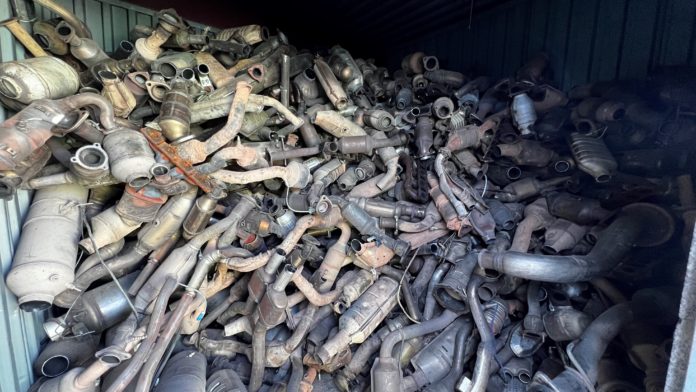 On Friday, the Police in Phoenix, Arizona, filed 40 counts of theft against a 48-year-old Arizona man tagged in the area’s series of auto parts robberies.

The local police said they found more than 1,200 catalytic converters packed into a storage unit from the suspect.

Sources said the discovery followed a months-long investigation that began with a January tip that someone was storing stolen catalytic converters in an industrial area near Phoenix Sky Harbor International Airport.

The police said the suspect was also involved in buying and selling convertors.

According to reports, the massive rise in catalytic converters thefts across the nation has hit tens of thousands of car and truck owners in the pocketbook and frustrated police, who are faced with a crime that takes just minutes to commit and is difficult to solve even if they find the stolen parts.