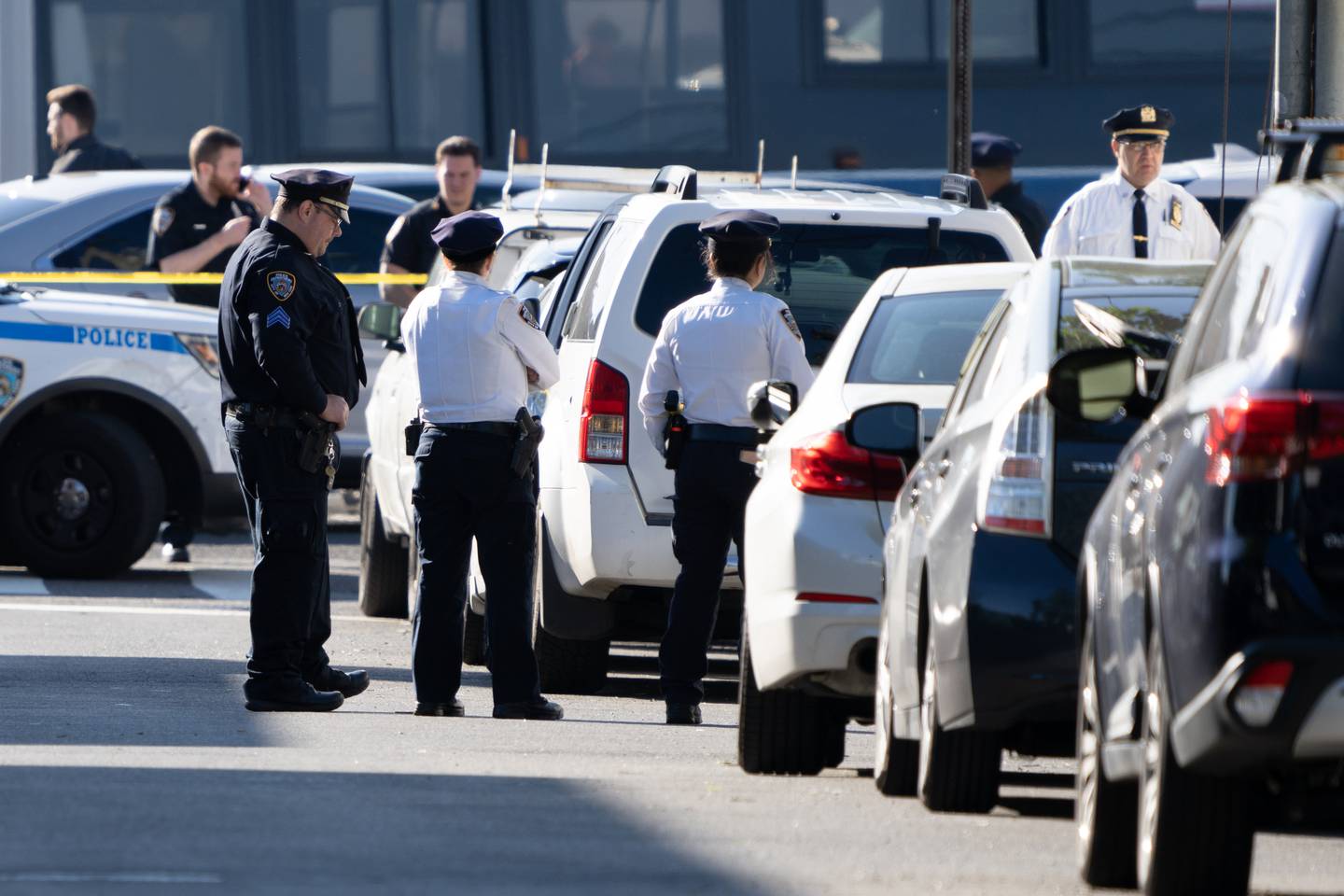 BREAKING: Queens Parking lot argument leads to the fatal shooting of 1 and wounding of two others

One person was killed and two others badly wounded when a male suspect started shooting outside a Queens catering hall early Sunday morning.

The NYPD said an argument sparked the shooting in a parking lot outside a banquet hall on Cross Bay Blvd. near Desarc Road in Ozone Park at about 5 in the morning.

The NYPD revealed that the suspect pulled out a long gun and opened fire, hitting a 38-year-old man fatally in the chest.

The suspect went to two-shot two others who both survived the gun attack.

The suspect escaped after the shooting incident.