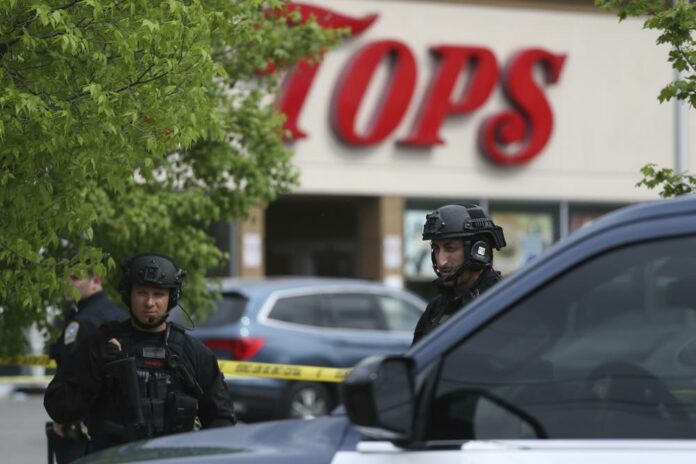 Ten people were killed and three others badly wounded when an 18-year-old gunman wearing military gear and live streaming with a helmet camera opened fire with a rifle at a Buffalo, New York, supermarket on Saturday.

The NYPD said the suspect pulled up and opened fire at people at a Tops Friendly Market, the shooting streamed via a camera affixed to the man’s helmet.

City Police Commissioner Joseph Gramaglia revealed the suspect initially killed four outside the store and proceeded to shoot more inside the store.

After the mass shooting, the suspected gunman, later identified as Payton Gendron of Conklin, a New York state community about 200 miles (320 kilometers) southeast of Buffalo, surrendered to the police.

Gendron was arraigned in court Saturday evening on first-degree murder charges and ordered detained without bail, wearing a hospital gown. Another court hearing is scheduled for next week.

“This was pure evil. It was straight-up racially motivated hate crime from somebody outside of our community, outside of the City of Good neighbors … coming into our community and trying to inflict that evil upon us,” Garcia said.