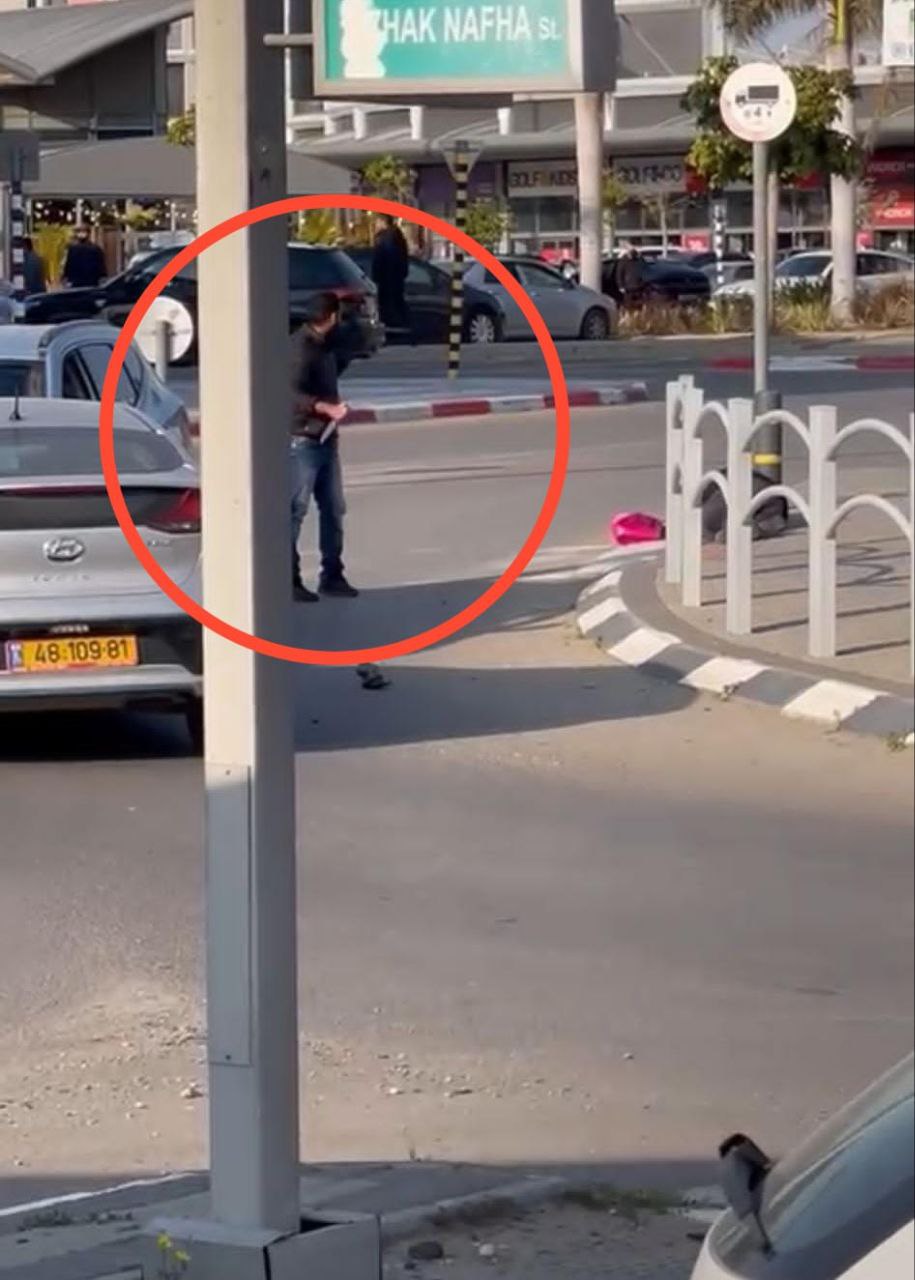 Three women and a man were killed Tuesday afternoon in a terrorist attack near the Big Center on Hebron Road in Be’er Sheva.

The incident started around 4:15 p.m. when police received a report of an employee at a gas station who was found unconscious after being stabbed. Shortly afterward, her death was determined by Paramedics on the scene.

While on the scene, emergency personnel received another call for a man stabbing people in the big shopping center close by to the gas station of the initial stabbing attack. The terrorist ran over a cyclist with his car, where the cyclist was pronounced deceased. The terrorist then got out of his vehicle and stabbed a woman who soon died of her wounds. He then had an accident with his vehicle and stabbed another person.

Video from the scene shows the stabber getting out of the vehicle with a knife and starting running amok.

Passersby’s in the shopping center gathered around the terrorist with sticks in their hand, while a bus driver from the company Eged confronted him, aiming a gun at him while passers-by encouraged him to shoot him and shouted “Give it to him.” The driver lingered and finally, a young man flashing from behind shot the terrorist in the back several times. The video also showed other civilians leaving the shops, some with broomsticks and some with telephones to document the terrorist lying on the ground.

Meanwhile, Islamic Jihad welcomed the attack and said: “We commend the heroic attack. The acts of resistance will deter Israel. The attack is a response to the crimes of Zionist terrorism in the Negev. Israel is learning again that our people will not surrender and drop the flag of jihad and resistance.” Hamas also welcomed the attack. “Our people are ready to teach Israel a lesson and they will not drop the guns and continue to resist. The resistance will continue as long as the occupation continues.”

“I send my deepest condolences to the families of those killed in the deadly attack in Be’er Sheva, and pray for the wounded,” Israeli Prime Minister Naftali Bennett said. The terrorist showed resourcefulness and courage but we prevented further casualties. Security forces are on high alert. We will work hard against terrorist operations. We will pursue and get their assistants as well.” Defense Minister Bnei Gantz added that the IDF and the security forces will take and will use all means to prevent terrorist incidents as much as possible. We will make sure that anyone who encourages or supports the recent attacks will pay the price.”