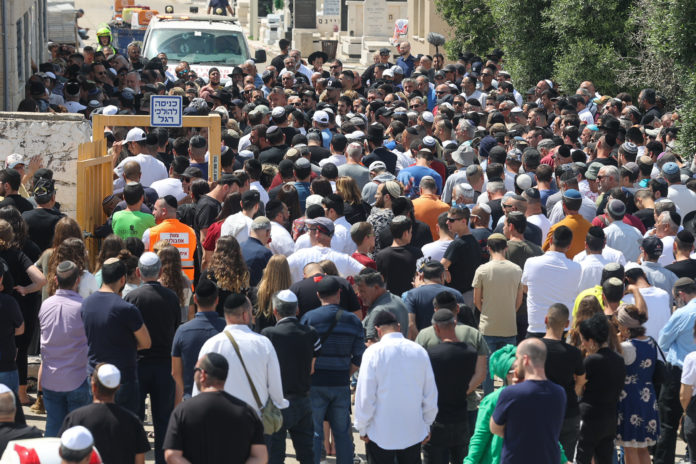 On Friday afternoon, thousands of people attended the funeral of Yonatan Havakuk, Oren Ben Yiftah, and Boaz Gol, the three victims of the terrorist attack in Elad.

Sources said a joint funeral procession began at 12:30 p.m. at the site of the deadly attack the night before at Ibn Gabirol Square in the central city.

Heartbreaking: one of the victims’ son, only 6 years old, is burying his father, Boaz Gol. ( source: Kikar Hashabat) pic.twitter.com/TeP7f2KF9K

The Israeli police have already identified the ax- and knife-wielding terrorists from Thursday night’s terror attack in Elad that led to three people’s death.

For their deadly crime, the local police are now hunting down As’ad Alrafa’ani, 19, and Sabhi abu Shakir, 20.