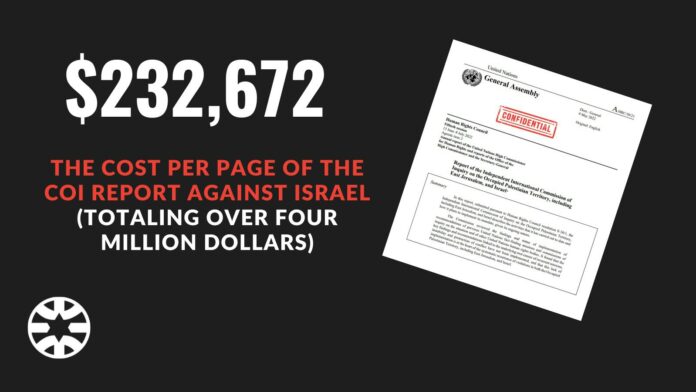 It looks like the alliance between Israel and the United States is solid as a rock.

On Tuesday, the US State Department chided a UN report by the UN Commission of Inquiry on Israel and the Palestinians, which blames the conflict between the two sides almost exclusively on Israel while barely mentioning human rights violations by Hamas and other Gazan terror groups.

“As we have stated repeatedly, we firmly oppose the open-ended and vaguely defined nature of the UN Human Rights Council’s (HRC) Commission of Inquiry (COI) on the situation in Israel, the West Bank, and Gaza, which represents a one-sided, biased approach that does nothing to advance the prospects for peace,” Price said.

“Israel is the only country subject to a standing agenda item at the HRC and has received disproportionate focus at the HRC compared to human rights situations elsewhere. While no country is above scrutiny, the existence of this COI in its current form is a continuation of a longstanding pattern of unfairly singling out Israel. We re-engaged with and later re-joined the HRC in part to be in a better position to address its flaws, including this one, and we will continue to seek reforms,” Price added.

Meanwhile, UN Watch executive director Hillel Neuer stated in response to the report: “The report turns a blind eye to Palestinian terrorism and embraces the Hamas narrative that Israel is the root cause of all conflict. This is exactly what we expected from Navi Pillay, who actively lobbies governments to ‘sanction apartheid Israel‘ and condemn Israel for the very conflict she is meant to investigate.