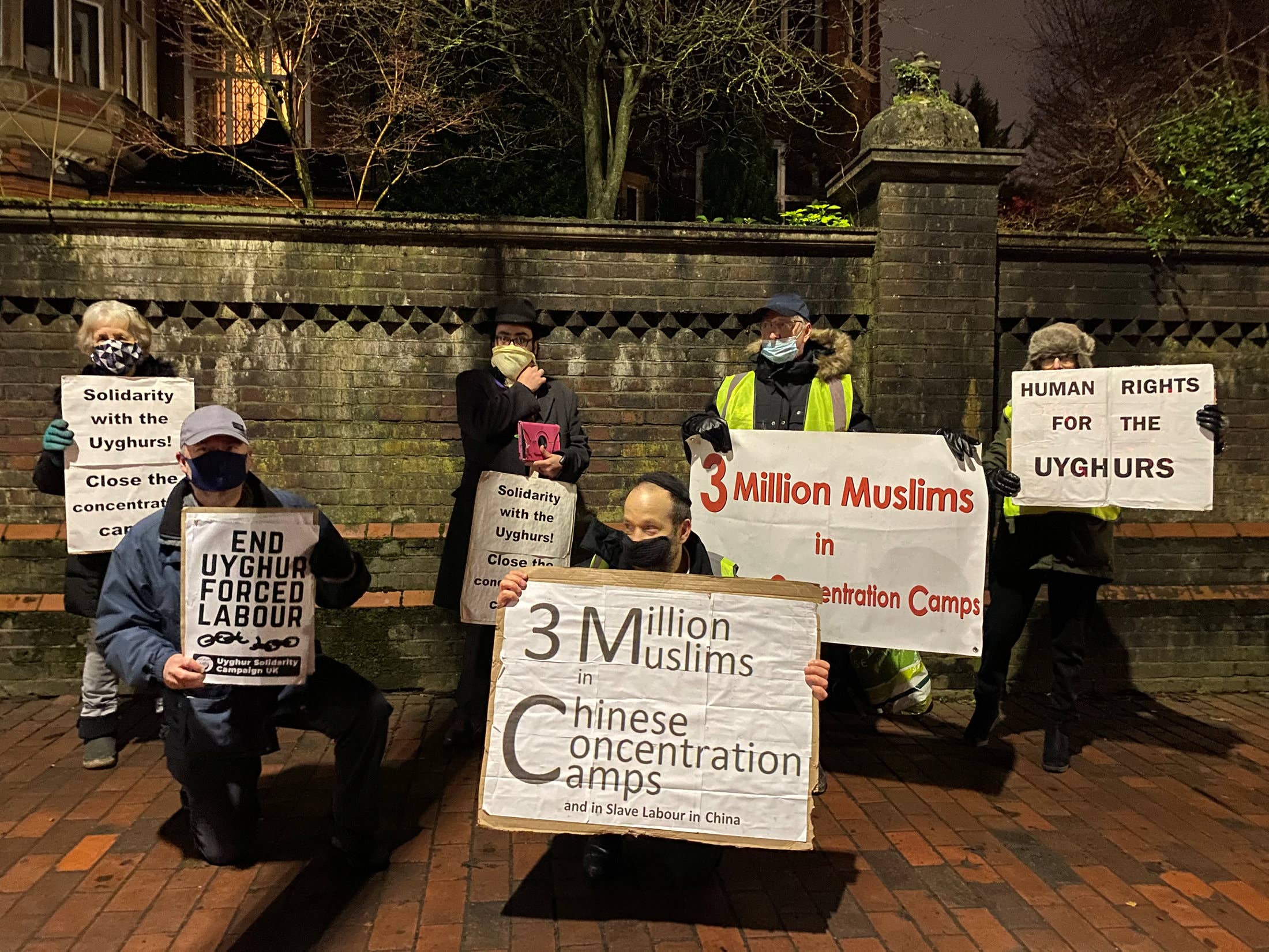 Bearing the flags of compassion and benevolence, Jews residing in Britain are at the forefront of a movement that seeks to demand the restoration of human rights for the ill-treated Uighur Muslims of China.

Combatting what several organizations, as well as the US Government, is condemning as an attempted genocide by the Chinese government, Mia Hasenson-Gross, the director of the London-based Rene Cassin charity, decided she had to spread the word about what was happening to the Uighurs after an encounter with an activist close to the matter.

Hasenson-Gross was profoundly impacted by the story of activist Rahima Mahmut, who shared that she has not spoken in over four years with the family she left behind in 1997 following an earlier government crackdown on Uighurs called the Ghulja massacre in which dozens were killed. Mahmut does not know whether her siblings are dead or alive.

Speaking to the Jewish Telegraphic Agency, Hasenson-Gross  stated, “I found myself thinking back about my own grandfather, Saul Gun, who left his family in Romania in the 1920s and soon thereafter never really knew what exactly happened to them during the Holocaust.”

Taking up the cause, Hasenson-Gross’s efforts have now garnered the support of dozens of British Jews — including their chief rabbi, who usually remains aloof from political issues that don’t directly involve Jews or Israel — into some of the most vocal advocates for the Chinese Muslim minority. “Reflecting upon the deep pain of Jewish persecution throughout the ages, I feel compelled to speak out,” Chief Rabbi Ephraim Mirvis wrote in a Dec. 15 op-ed in The Guardian titled “As chief rabbi, I can no longer remain silent about the plight of the Uighurs.”

One of the first British Jews to openly join with the protest is an Orthodox Jew named Andrew, who since 2019 has been protesting, mostly on his own, outside the Chinese Embassy in London. He holds up a placard, with a sign reading “3 million Muslims in Chinese concentration camps.”

Eliyahu Goldsobel, a 33-year-old Orthodox rabbi from London who works with the Rene Cassin human rights group, has organized several “Jews for Uighurs” rallies outside Volkswagen showrooms in London. The German firm, which was complicit in the Holocaust, has facilities in China’s heavily Uighur region of Xinjiang.

The movement seeks to end the Chinese dictatorship over the Muslim minority. It has oft been reported that in China, hundreds of thousands of Uighurs have been put in so-called re-education camps, a Chinese government euphemism for what is widely seen as concentration camps. Testimonies of police and army brutality are widespread, and recent accounts of rape and forced sterilization have also emerged.