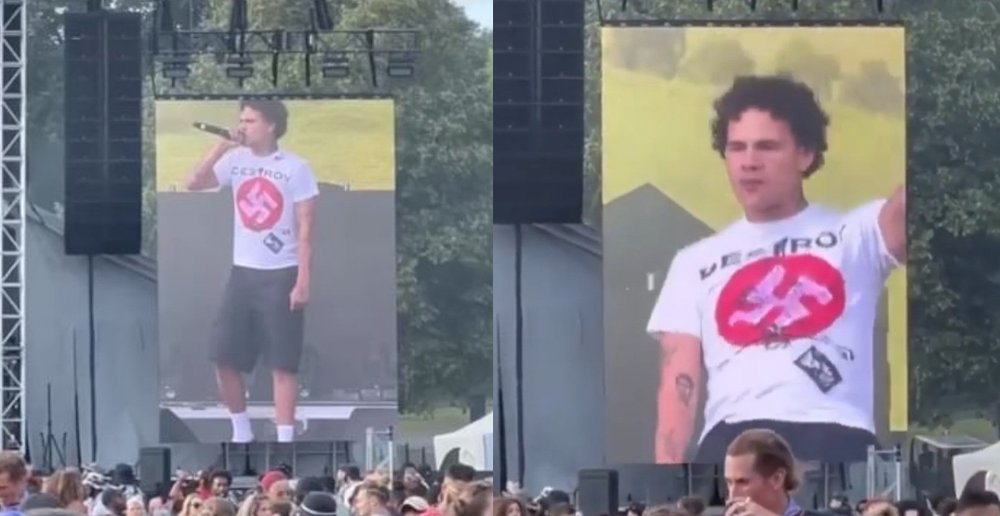 On Monday, British rapper Slowthai formally apologized for wearing an “anti-fascist” T-shirt with the word “destroy” above a Nazi swastika during his July 30 performance at the Osheaga Music and Arts Festival in Montreal.

Taking to Twitter, the 27-year-old rapper, whose real name is  Tyron Kaymone Frampton, wrote, “I’m sorry to anyone who is offended by me wearing an anti-fascist/anti-regime T-shirt and the use of the symbol it represents.”

“I want you to know I stand firmly against anti-Semitism and fascism of any kind, something the T-shirt was meant to illustrate with the word ‘destroy’ above the symbol,” he said.

Also apologizing for the inappropriate attire was the music festival’s account on Twitter which released a statement that read, “A performer appeared on stage Saturday wearing a controversial T-shirt displaying a swastika that caused confusion. The T-shirt denounces the regime. We sincerely apologize to anyone who may have misinterpreted this message and felt hurt.”

In response, the Friends of Simon Wiesenthal Center tweeted in response: While @slowthai’s intent at @osheaga may have been to denounce Nazism, the message was very badly executed.”

“This ambiguous display of the swastika was frightening for Jews and others and should never have made it to the stage,” said the statement.