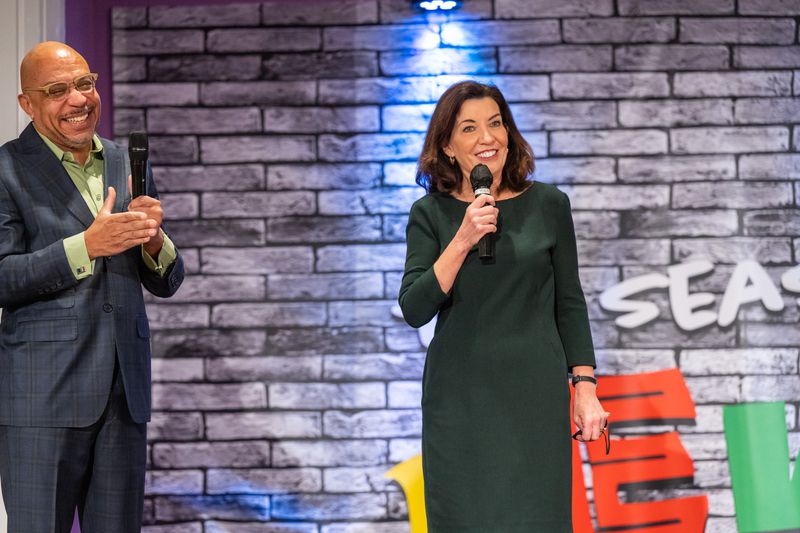 This scenario developed after the Brooklyn Democratic Party endorsed Hochul in the governor’s race.

The Brooklyn Democratic Party said Hochul was the only candidate in the primary race who picked up support in a roll call vote on Sunday.

Sources said the vote for Hochul was 27-0 with seven abstentions.

“The numbers show that from the grassroots on up, Democrats are united in confidence for our leadership,” Assemblywoman Rodneyse Bichotte Hermelyn, chairwoman of the Brooklyn Democratic Party, said in a statement.

“New Yorkers like what they see under the new administration, and Brooklyn is the epitome of Democratic leadership,” Hermelyn added.

With the decision of Brooklyn Democrats to support Hochul, Williams, who trailed Hochul by 35 percentage points in a poll of the race published by Siena College last month, will now officially be running alone.

Despite failing to get the support of Brooklyn Democrats, Williams remains confident since he bagged the endorsement of the Working Families Party last week.

According to reports, aside from Williams, Rep. Tom Suozzi, a Long Island moderate, is also running.

Suozzi is waging his campaign to Hochul’s right, and he has not managed to corral significant support in the early stages of the race.