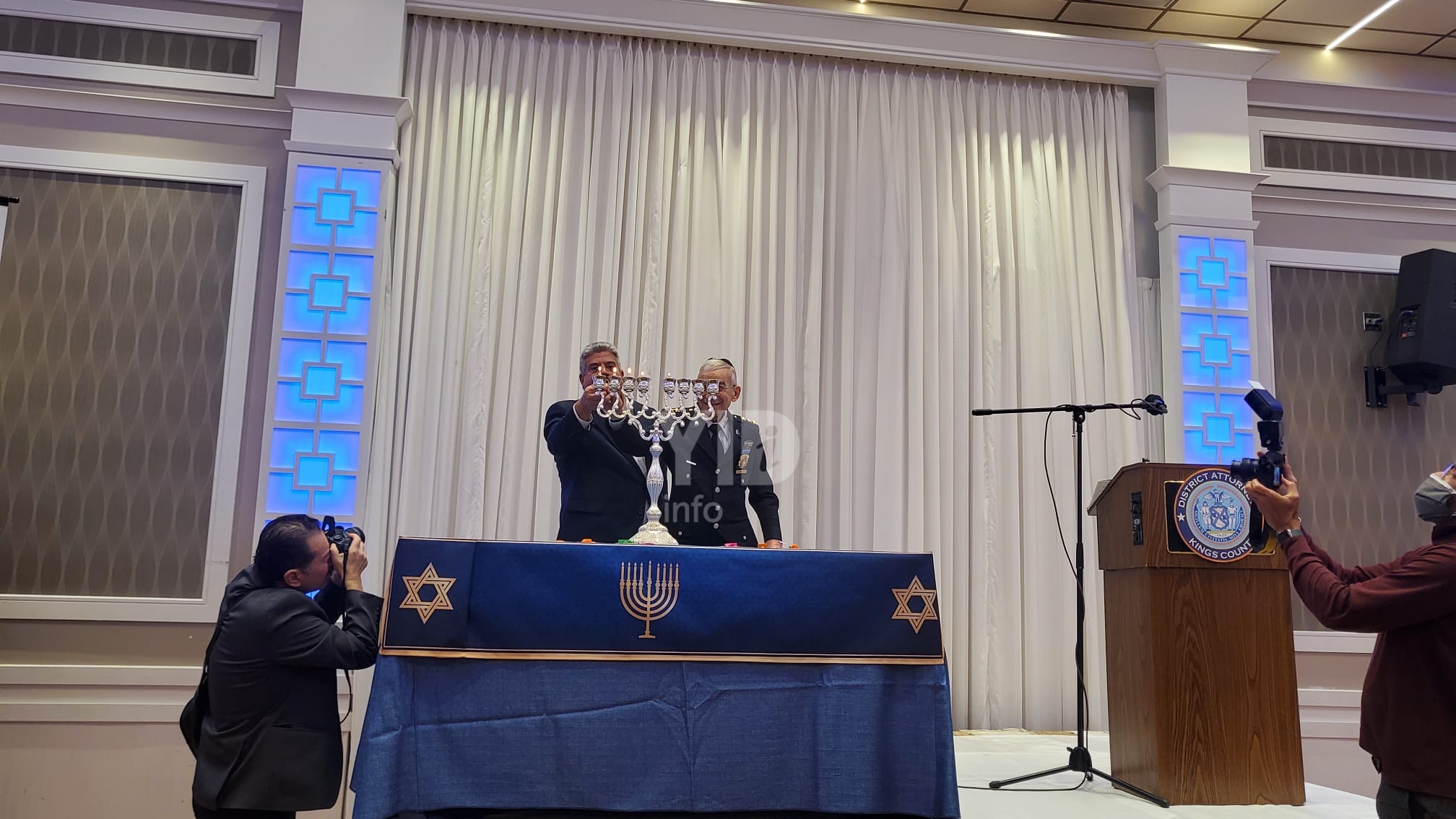 “I was yesterday at the Washington D.C. candle lighting at the White House,” Schwartz shared. “But it was nothing like celebrating with our own District Attorney, Eric Gonzalez.

“Chanukah symbolizes what the DA is all about,” he continued, “which is the way he operates, which is right over wrong, light over darkness, justice of injustice. And even when it’s in the minority like the Maccabees against the Yavanin, this is who Eric Gonzalez

is, and we’re proud to have him here tonight in Boro Park.”

Schwartz also expressed the community’s appreciation for the DA’s commitment to fighting anti-Semitism before Gonzalez delivered the Keynote Address.

The DA spoke about his sense of connection and his strong commitment to making sure the Jewish community can practice religion openly and safely.
.
“Being able to be part of the celebrations,” Gonzalez began, “of the culture, of the history, of making sure each community understands that the District Attorney isn’t just here to be with you, if G-d forbid, a person is a victim of a crime or accused of a crime, but we’re here because we care for the community, are part of the community, and together we will pursue justice for everyone.

“Chanukah is a great moment in history,” the DA continued. “It’s a history of resiliency, and coming from the past year, it’she light that shines through from the menorah and lights the darkness of the past. It was difficult for this country and this city and this community. But in many, many ways, and I witnessed it first-hand, we saw the genius and the beauty and the cohesiveness of the Jewish community come through in the past year and a half.

“I had the opportunity to go to communities and see people taking care of each other when it was dangerous to do so and providing for each other. And not only providing and taking care of the Jewish community but reaching out and taking care of others. The amount of generosity, philanthropy -the amount of charity I saw coming from various Jewish communities in Brooklyn was inspiring and cannot be left unsaid. We got through COVID in Brooklyn in part because all of us came together. The best of us came out during COVID, and together, we have to build that and continue to move forward!”

Rabbi Alvin Kass, Chief Chaplain of the NYPD, was honored with the menorah lighting and spoke on the meaning of Chanukah. “If you’ve got a cell phone that worked for eight days without a battery,” Rabbi Kass quipped, “then you know the meaning of what the miracle of Chanukah is all about.”