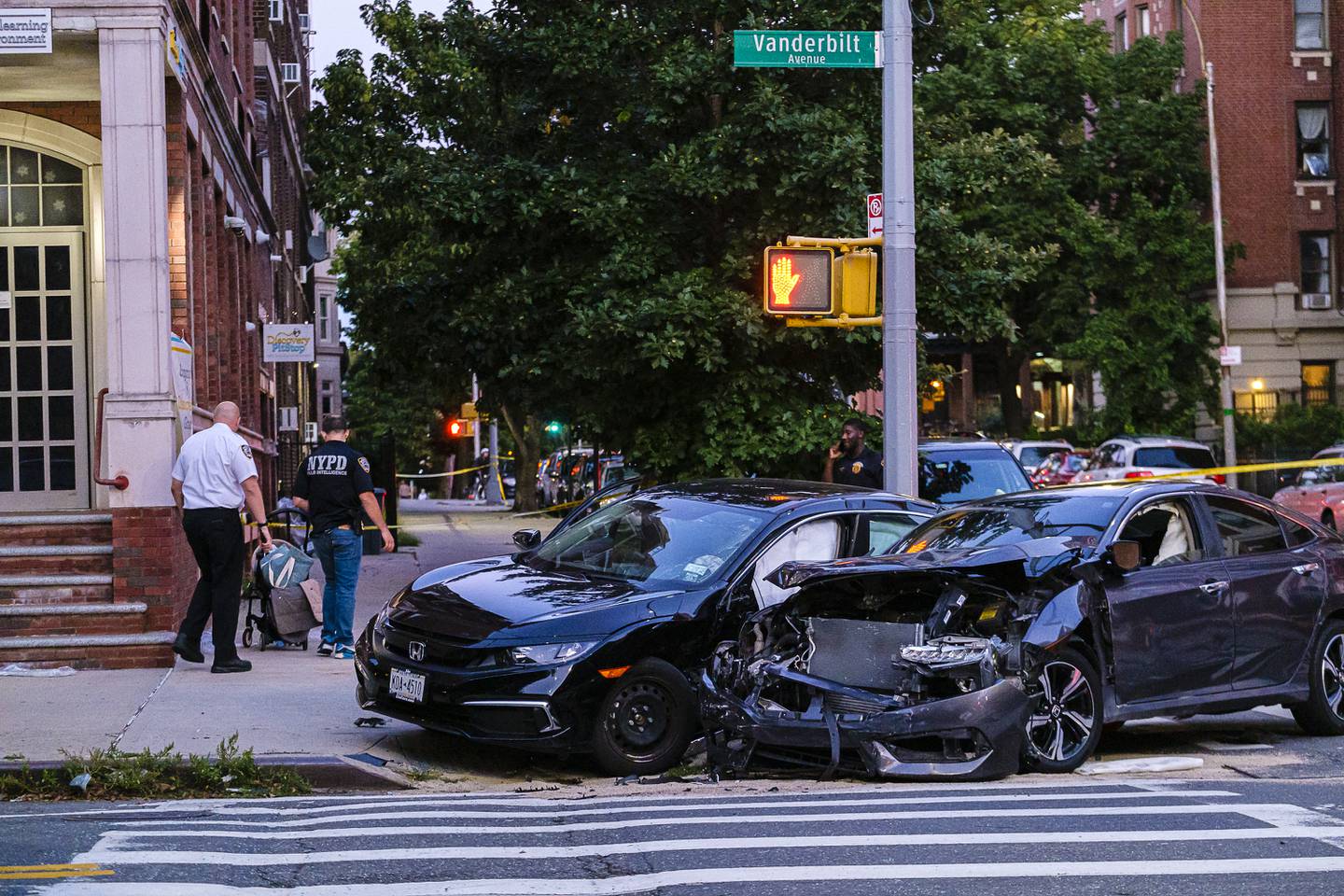 Local officials in Brooklyn are now facing a civil suit filed by the parents of a 3-month-old baby girl killed by a reckless hit-and-run driver in Brooklyn.

On Tuesday, the parents of Little Apolline Mong-Guillemin filed a lawsuit in Brooklyn Supreme Court, claiming the city failed to properly implement a law that allows the city to impound any car with at least 15-speed camera tickets or five red light tickets during a 12-month period.

Julien Mong and Marion Guillemin said the reckless hit-and-run driver, Tyrik Mott, had racked up 160 traffic violations since June 2017 and was hit with 35 camera tickets for speeding in school zones and seven for failing to stop at red lights, yet traffic officials in Brooklyn did not impound his car.

In their lawsuit, the Guillemin couple said Mott, then 28, was driving the wrong way on Gates Ave. in Clinton Hill when he slammed into a 2020 Honda Civic at Vanderbilt Ave. at about 6:20 p.m.

The crash sent both cars over the curb onto the sidewalk, slamming into Apolline in her stroller, her mother, and her father. Apolline died of her injuries, and her parents needed surgery.

Guillemin was so severely hurt that she was permanently disfigured and suffered a traumatic brain injury.