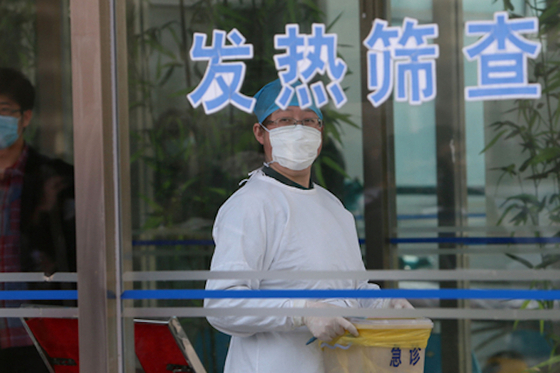 If the news of the coronavirus pandemic wasn’t concerning enough, it has been revealed that thousands of people in northwest China have tested positive for a bacterial disease called Brucellosis, in an outbreak caused by a leak at a biopharmaceutical company last year.

The Health Commission of Lanzhou, the capital city of Gansu province, confirmed this week, that 3,245 people had contracted the disease, which is often caused by contact with livestock carrying the bacteria Brucella. As per reports, 1,401 more people have tested as preliminarily positive, though there have been no fatalities reported. In total, authorities have tested 21,847 people out of the city’s 2.9 million population.

It has been found that the so-called ground zero of this is a  Zhongmu Lanzhou biological pharmaceutical factory, where a leak had occurred between late July to late August last year. While producing Brucella vaccines for animal use, the factory used expired disinfectants and sanitizers — meaning not all bacteria were eradicated in the waste gas.

Also called Malta or Mediterranean Fever, the CDC claims that it can cause symptoms like headaches, muscle pain, fever and fatigue, which may subside, or become chronic and never go away. While human transmission is cited as being rare, most people are infected by eating contaminated food or breathing in the bacteria.

The Lanzhou Health Commission also announced in its report on Tuesday that 11 public hospitals would provide free and regular checkups for the infected patients. The report didn’t offer additional details on the compensation for patients, except that it would be launched in batches starting October.

With such outbreaks happening globally in the past decade, in the US, brucellosis has cost the federal government and livestock industry billions of dollars. As reported by CNN, About 60% of female bison at Yellowstone National Park carry the bacteria, according to national park authorities.