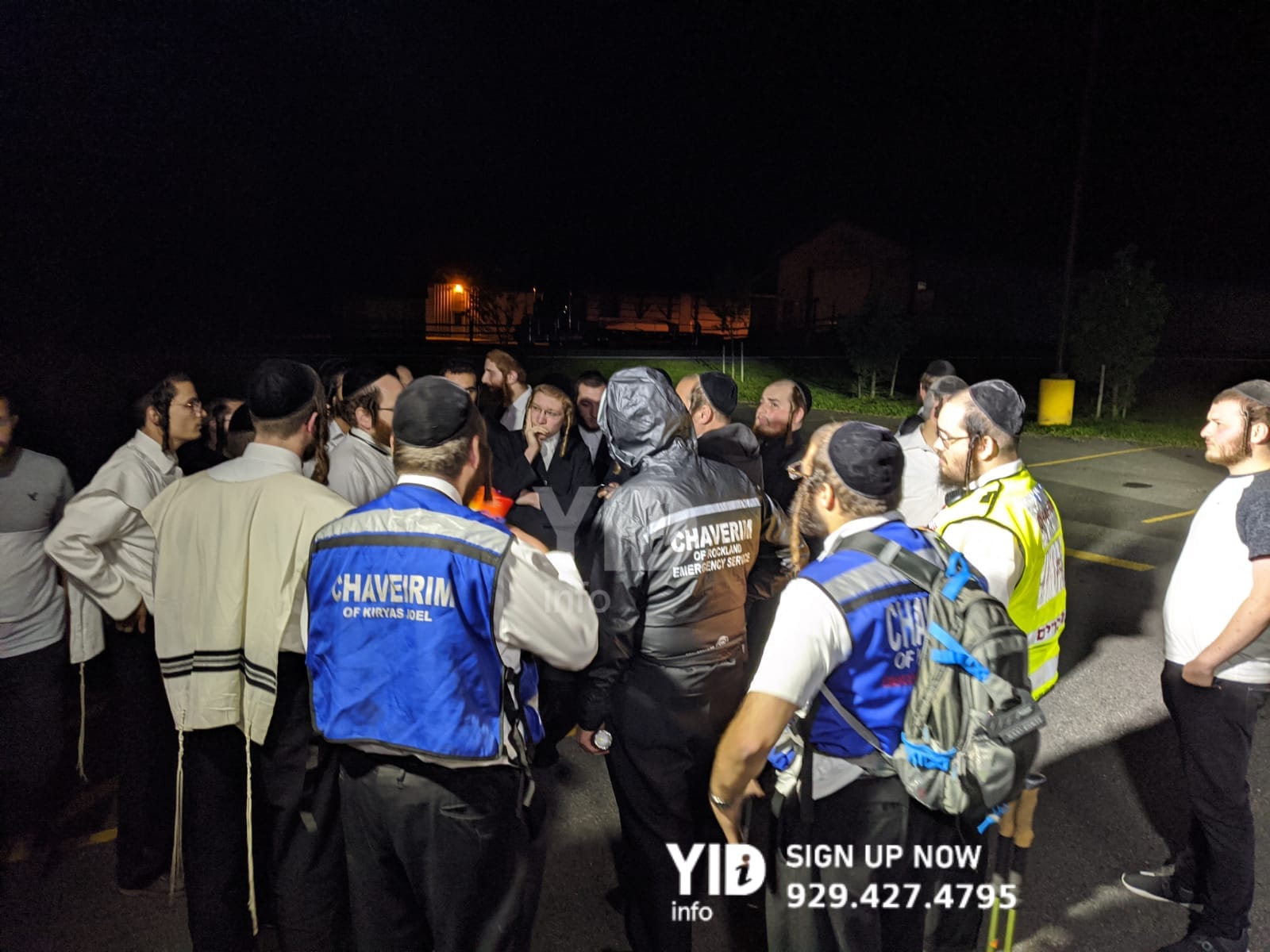 Group of 34 Bucherim found after an intense 4 hour search in the Big Indian Wilderess in Neversink, NY.

A group of 34 Bucherim, ageing 17 to 19, with their staff that went missing on Thursday afternoon was successfully found by Chaverim of Rockland and Hatzolah.

At around 1:00 pm, a group of Bucherim from Vien Camp with their staff went on a hike at the Big Indian Wilderness near Neversink, N.Y. where the hike was scheduled to end at around 5:30 pm.

A group of Bucherim that has finished the hike earlier then scheduled were waiting for the rest of the group to exit the forest. After realizing that the group wasn’t exiting the forest, they tried to call them on their cellphone, unfortunately they were unreachable due to a lack of service.

The group that have already existed eventually contacted Chaveirim of Rockland and Hatzolah, where the two organizations along with forest rangers have launched a search.

At around 8:00 pm, a major search was launched with the goal to locate the missing group.

After an intense search, one group has been located at around 11:00 pm, while two other group’s were still missing.

As we type up these lines at 2:30 am, the third group is being escorted out of the forest.

After Chaveirim of Rockland has confirmed that all bucherim were found and were accounted for, the missing group along with Chaveirim volunteers, danced Chasdei Hashem Ki Loi Chuli Rachmov.

All bucherim were successfully brought back to their camp in the Catskills in a good and healthy condition.