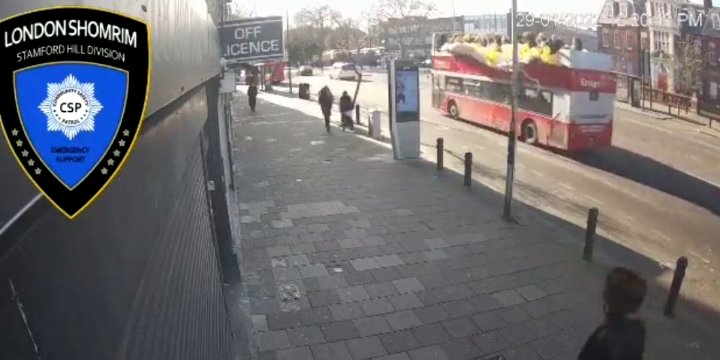 On Saturday, a bus reportedly broadcasted an antisemitic slut from loudspeakers while driving through a heavily Jewish neighborhood in London.

First reported by residents of the neighborhood to the  Stamford Hill Shomrim, the volunteer organization said it received reports that an “open bus” passing through the area in the early afternoon blared the slur, “Yidos Go Home.” Shomrim, which shared a video of the incident, said it “appeared to be targeting Orthodox Jews leaving the synagogue.”

Reports of an open bus being driven along #StamfordHill #N16 at 12:20pm with speakers blaring "Yidos Go Home"

When reached for comment on the matter, the Metropolitan Police said its officers are “aware” of the Shomrim video “and are making inquiries,”. “There has been no arrest at this stage.”

Meanwhile, the bus company Ensign was approached by media outlets, and claimed that it hired out the vehicle involved to “what we understood to be a church group.”

“We had absolutely no idea that this would happen or was planned and we are now investigating the matter and will be speaking to the client,” it said. “We are happy to assist the police with any investigation.” The driver, who was employed by Ensign, “did not hear anything due to the general amount of noise from the number of people upstairs,” the company added.

The Shomrim has asked any victims or witnesses to come forward with information.