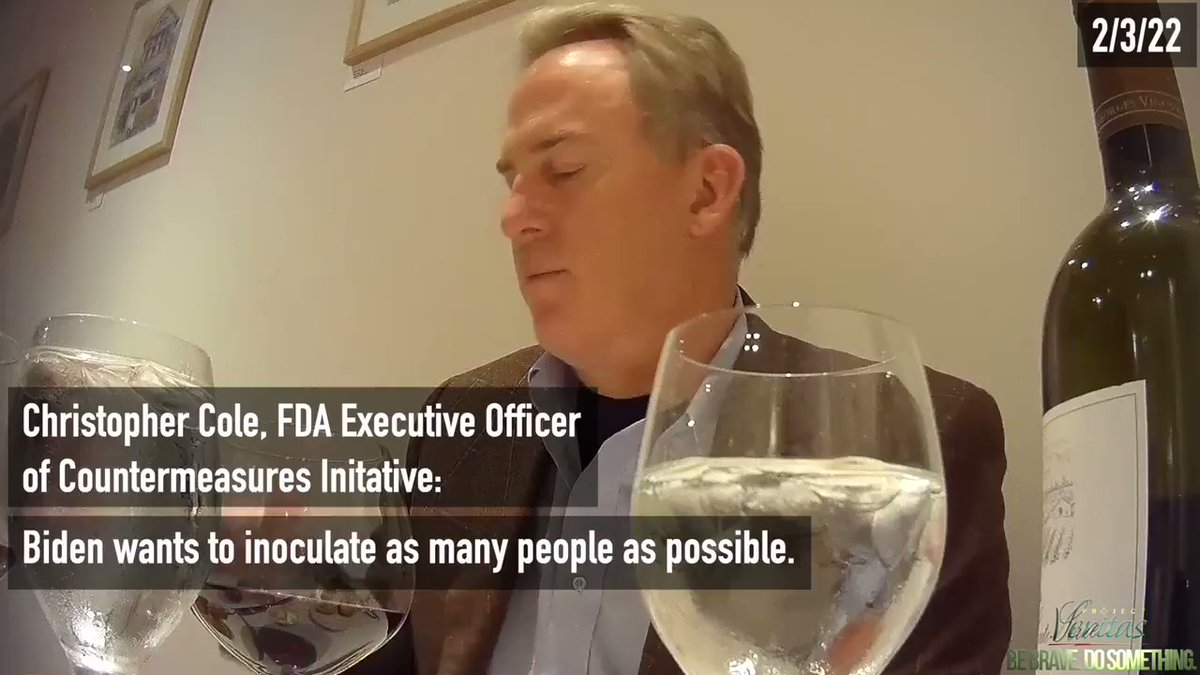 An appalling new revelation has come to the forefront with the efforts of an undercover sting reporter planted by Project Veritas.

According to the video footage of the operation, FDA Executive Director Christopher Cole told a Veritas reporter that he is certain annual  COVID-19 shots will become policy because, he says, “from everything I’ve heard, they [the FDA] are not going to not approve it.”

“It’ll be a recurring fountain of revenue,” Cole says in the undercover footage. “It might not be that much initially, but it’ll recurring – if they can – if they can get every person required at an annual vaccine, that is a recurring return of money going into their company.”

When asked if he thought there was really an emergency that called for the use of an Emergency Use Approval for COVID jabs for kids, Cole said, “They’re all approved under an emergency because it’s not as impactful as some of the other approvals.”

Cole admitted that there is concern about “long term effects, especially with someone younger,” requiring pharmaceutical companies to request Emergency Use Approvals to bypass the concerns.

In a follow-up interview with Project Veritas founder James O’Keefe, Cole said his office was not involved in the approval of vaccines. He described the outlet’s reporting as a ‘hack job’.

‘You videotaped me talking with someone on a date – didn’t tell me anything, didn’t say it was being videotaped,’ he said. ‘You’ve taken a lot of it out of context.’

Following the controversy, the FDA did not respond to any questions regarding the matter.