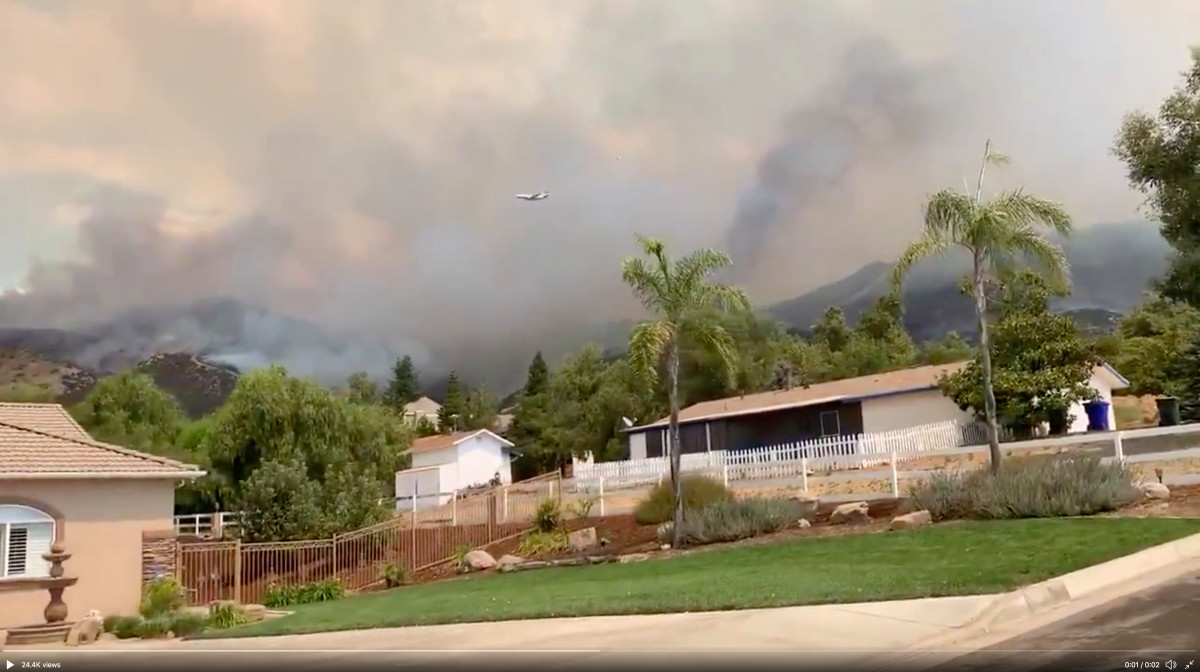 In a news release earlier today, Cal Fire has suggested the involvement of a gender reveal party in igniting the devastating El Dorado Fire that has now incinerated over 7,000 acres of land.

In an official media release, Cal Fire officials have determined that the fire was caused due to a “smoke-generating pyrotechnic device” released during a gender reveal party in the State. One among two dozen fires that have erupted across the state, the El Dorado continues to blaze from the park to the north, on to Yucaipa Ridge.

To make matters worse, California is currently experiencing a record heatwave, with Los Angeles reporting its highest ever temperature of 49.4C (121F). The National Weather Service described Sunday as “one of the hottest days since weather records began across much of south-western California”.

Last month, Death Valley National Park in California reported a temperature of 54.4C (130F) – what could be the highest temperature ever reliably recorded on Earth.

Meanwhile, the largest blaze, termed as the Creek Fire has wreaked havoc in the state, burning more than 73,000 acres of acreage. After massive rescue operations that went underway on Saturday and Sunday, Governor Gavin Newsom declared a State of Emergency in five Californian counties – Fresno, Madera, Mariposa, San Bernardino, and San Diego. Despite deploying hundreds of firefighters, authorities have claimed 0% of the fire has been contained.

Though the cause of the Creek Fire is yet to be determined, The California Department of Forestry and Fire Protection, known as Cal Fire, blamed a “smoke generating pyrotechnic device, used during a gender reveal party” for the start of the  El Dorado blaze.

In a tweet by the Department, officials stated, “Cal Fire reminds the public that with the dry conditions and critical fire weather, it doesn’t take much to start a wildfire. People who cause fires can be held financially and criminally responsible.”

Since August 15, California has seen a chain of some of the most devastating wildfires that started off due to severe lightning strikes. Within a month, more than 1,000 fires have been reported in the state, causing massive damage to structures, people, and most of all, the wildlife that inhabits these lands.