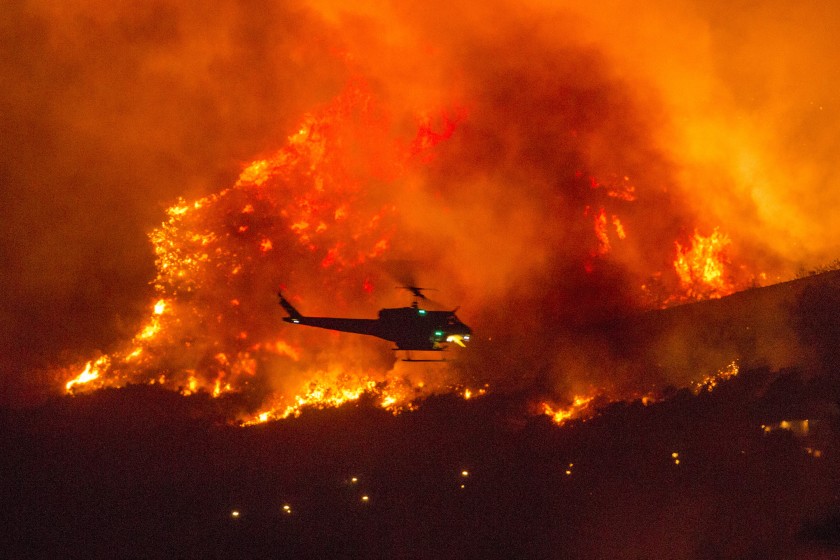 This year, the California fires have intensified into what is now being claimed as a record high of 2 million acres of the acreage has been torched. The intense Californian heat, parched conditions, multiple lightning strikes, and high winds fueled record-shattering wildfires and strained the electrical grid across much of California on Monday, forcing the Forest Service to close eight national forests.

California has been struggling with a record-breaking fire season this year – more than With most of the fires still raging on, despite extensive efforts to douse them, the days ahead look equally grim.

More than 12,000 lightning strikes in the past three weeks have sparked almost two dozen major fires, according to Cal Fire. The fires have burned tens of thousands of acres, destroyed structures, homes, livelihoods, and wildlife, causing thousands of residents to flee.

Elaborating on the current scenario, Randy Moore, regional forester for the USDA Forest Service Pacific Southwest Region said, “Existing fires are displaying extreme fire behavior, new fire starts are likely, weather conditions are worsening, and we simply do not have enough resources to fully fight and contain every fire.”

Meanwhile in Northern California on Monday night, the Fresno County Fire Department in a tweet, reported that up to 50 people were trapped near Lake Edison and that 14 hikers were trapped near China Peak. A rescue effort was unsuccessful due to “heavy smoke conditions and another effort was being planned to evacuate the trapped people.

After a major rescue operation that evacuated over 200 campers from the worst known Creek Fire, the blaze has since grown to 135,000-plus acres and is 0% contained. At least one person died in the fire, according to Fresno Battalion Chief Tony Escobedo.

Widespread power outages did not go underway, although almost 60,000 homes and businesses were dark on Monday afternoon. The state’s largest utility, Pacific Gas & Electric, was preparing to cut power to 172,000 customers in 22 counties in the northern half of the state to reduce the possibility its lines and other equipment could spark new fires.

After declaring a state of emergency on Sunday, Gov. Gavin Newsom urged state residents to keep their thermostats at 78 degrees or higher, to use appliances sparingly, and to keep lights off whenever possible. “Power outages were avoided … due in large part to individual conservation efforts,” Newsom said. “Even more conservation efforts are needed.”

On the occasion of labor day, Newsom also took to thank more than 14,000 firefighters who are working tirelessly in battling the blazes.