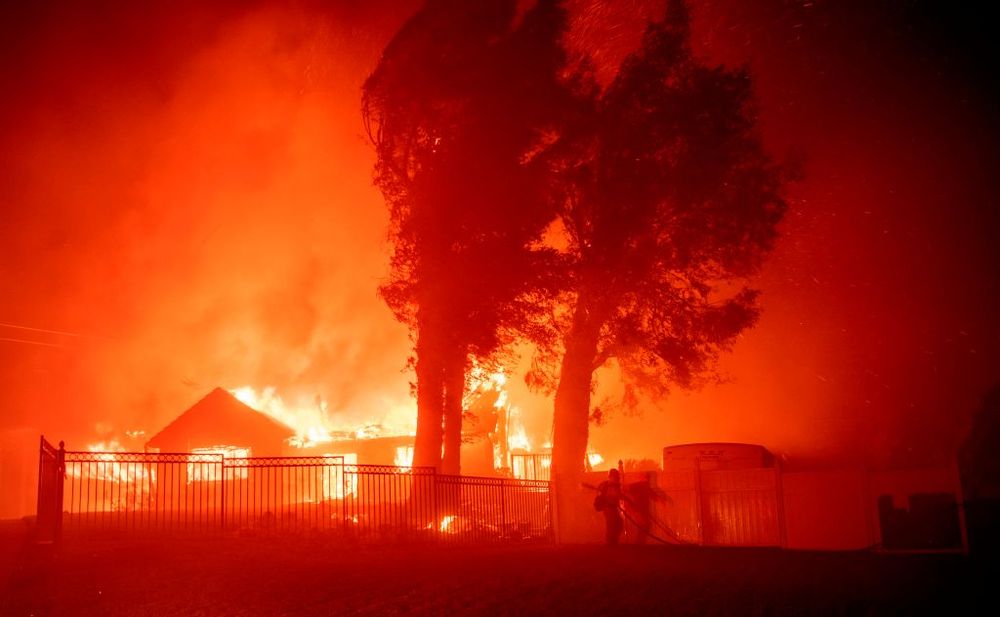 California Fires Rage On, Set To Get Worse

Californian fire officials are urging residents to observe cautiousness after dodging a major lightning storm last night. The officials have beseeched citizens to stay out of evacuation zones and prepare for days away from home as three massive San Francisco Bay Area wildfires rage on, engulfing the region with a blanket of thick, smoky air.

Caused by a series of lightning, the wildfires have been burning for a week and are speculated to spread further. What’s worse is that these fires have also reached the previously untarnished coastal redwoods.

Governor Gavin Newsom has claimed that this coming week will be extremely crucial in determining how good or bad the situation can get. More 14,000 firefighters have been deployed to battle 17 major fire complexes, largely in Northern California where wildfires have surrounded the city of San Francisco on three sides. Gauging the catastrophic nature of the fires, Newsom commented, “We are dealing with different climate conditions that are precipitating in fires the likes we haven’t seen in modern recorded history.”

At an evening news conference that took place yesterday, officials mentioned that progress has been made against a huge fire in San Mateo and Santa Cruz counties with, thanks to a rainy Sunday evening and calmer weather conditions Monday. “With the clear air, we were able to fly a lot more aircraft,” said Mark Brunton, operations chief with the California Department of Forestry and Fire Protection, of Cal Fire.

These rescue and relief helicopters dropped 200000 gallons (over 757,082 liters) of water on the blaze, he said, calling it “the best day yet.” Fire lines on the fire’s southern border appeared to be holding, he said.

Continuing the conference, Brunton also commented that the threat was far from over. With hotter temperatures expected later this week and some fires still raging on full throttle, he admonished residents to stay out of evacuated areas and warned looters they’ll be arrested. 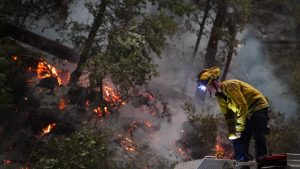