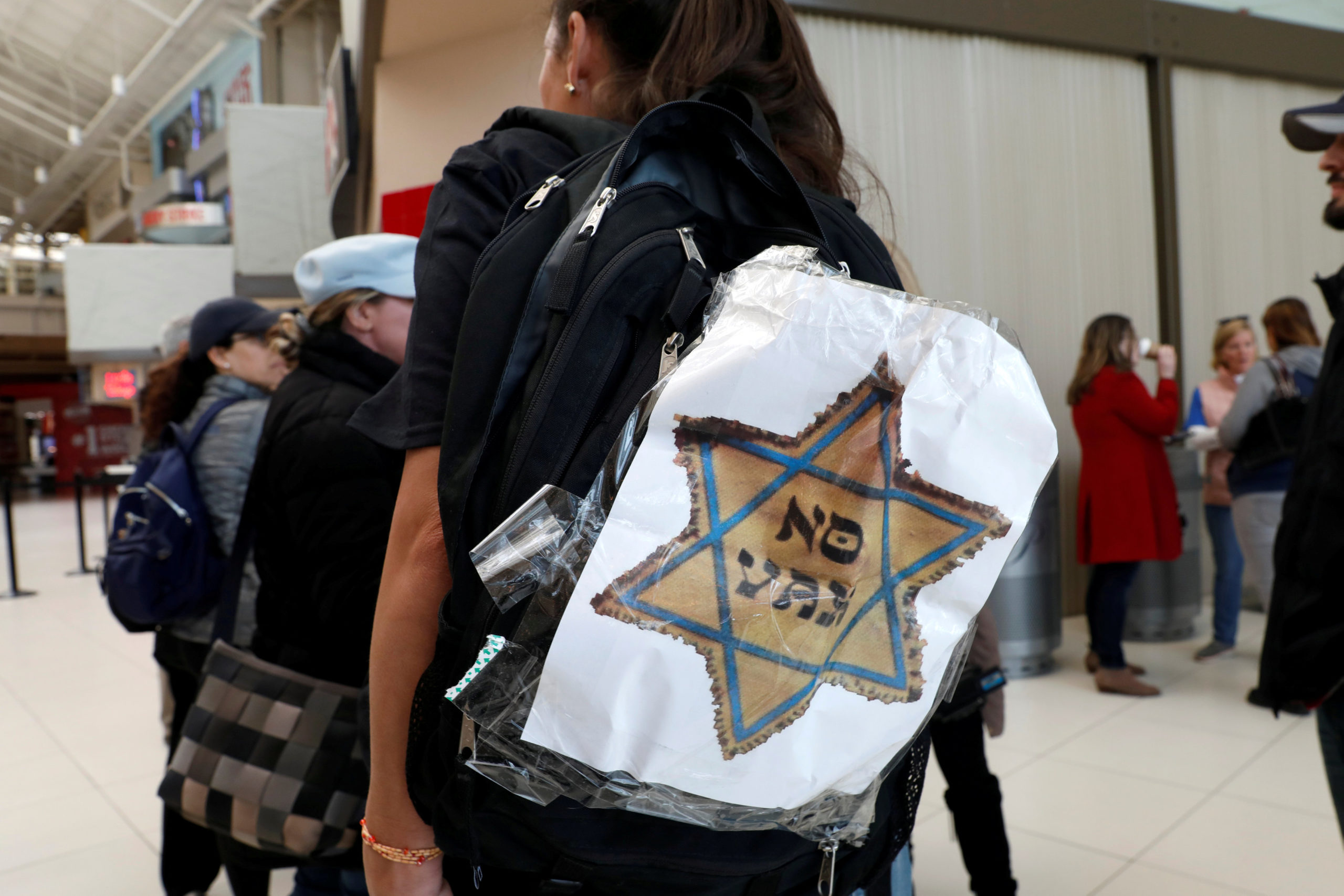 Canadian Anti-Vaxxer Under Fire For Comparing Vaccines To Holocaust

Members of the Canadian Jewish community were enraged by a T-shirt made by an anti-vaccine campaigner named Susan Standfield, who shamelessly linked the COVID-19 vaccine to the brutal Holocaust which is rendered as an unspeakably devastating event in Jewish history.

Susan Standfield’s white t-shirt shows a yellow Star of David in the style of those that Jews were forced to wear by the Nazis, marked with the words “Covid Caust.” A despicable reference to the genocide of Jews, led by Hitler.

A Vancouver-based anti-vaccine conspiracy theorist, Standfield has also made other t-shirts that denounce vaccinations and question the dangers of the coronavirus, such as “real men don’t wear masks” and “immune by nature.” Standfield apparently considered herself akin to a Jew during the Holocaust, claiming in an Instagram video, “We are the official yellow star class in Canada, so that’s why I made that design. People like me that have my values and live my life and say, ‘Well I don’t have to wear a mask and I’m not being vaccinated and I have liberty and democracy,’ we are systematically being targeted.” She added that Canada’s vaccination drive should be seen as a Nazi-style attempt at the mass extermination of disabled and indigenous people.

Reacting to these mindless remarks, former chair of the Canadian Jewish Congress, Dr. Michael Elterman, told local television channel CTV, “My first reaction was that it’s irrational because the whole idea of a vaccine is to save people’s lives and yet this person seems to be associating this logo with the Holocaust, with the genocide of a people.”

“It’s irrational, it makes no sense,” he emphasized while adding that, “including probably one of the most horrific pieces of Jewish history. It’s a time in our history when we were identified for genocide, it was a hurtful time.”

Meanwhile, Michael Mostyn, CEO of B’nai Brith Canada, condemned Standfield “in the strongest possible terms” for what he called “trafficking in Holocaust imagery in order to promote COVID-19 conspiracy theories.”

“There can be no comparison between masks and vaccines, which are intended to save lives, and the cruel murder of six million Jews and millions of others by the Nazis and their collaborators,” he said.

Justifying her creation on the same television channel Standfield claimed, “My design is an act of solidarity among all persecuted people.”