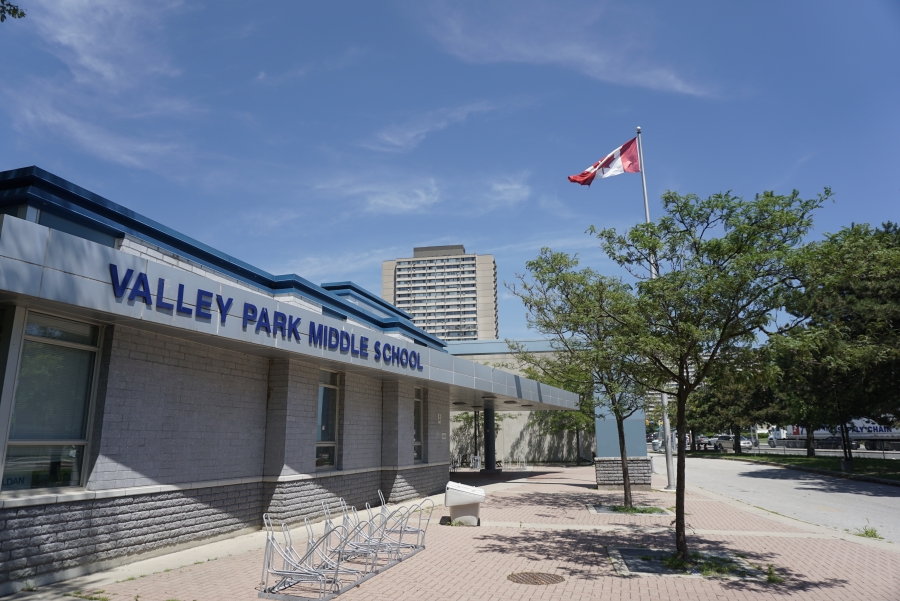 The Friends of Simon Wiesenthal Center for Holocaust Studies (FSWC) has urged the Toronto District School Board on Tuesday to take “emergency action” to address antisemitism after a couple of incidents involving Nazi salutes were reported this month.

The push has come in response to several antisemitic incidents in schools, one of which involved two students who climbed onto a file cabinet in the classroom of a Jewish teacher at Valley Park Middle School and pantomimed a Nazi salute, with a third student then saying, “Heil Hitler,” according to the teacher. A similar incident was reported at Charles H. Best Middle School in North York earlier this month.

Valley Park Middle School, which also experienced recent incidents of antisemitic graffiti, called the students’ actions “very upsetting and unacceptable” in a letter to parents, and announced that in March it will host a presentation by Carrying Holocaust Testimony from Generation to Generation, an educational nonprofit that teaches about the Nazi genocide.

The FSWC has therefore urged the Toronto District School Board to “send a strong message that Jew-hatred will simply not be tolerated within our schools.”

“This wave of antisemitism at TDSB schools that we are seeing is unprecedented in terms of both number of incidents and their escalating gravity,” said FSWC President and CEO Michael Levitt. “It is unfathomable and shocking that, in 2022, a Jewish teacher is faced with Nazi salutes and a ‘Heil Hitler’ chant in her classroom. Clearly something is broken in Toronto’s public school system and requires immediate attention.”