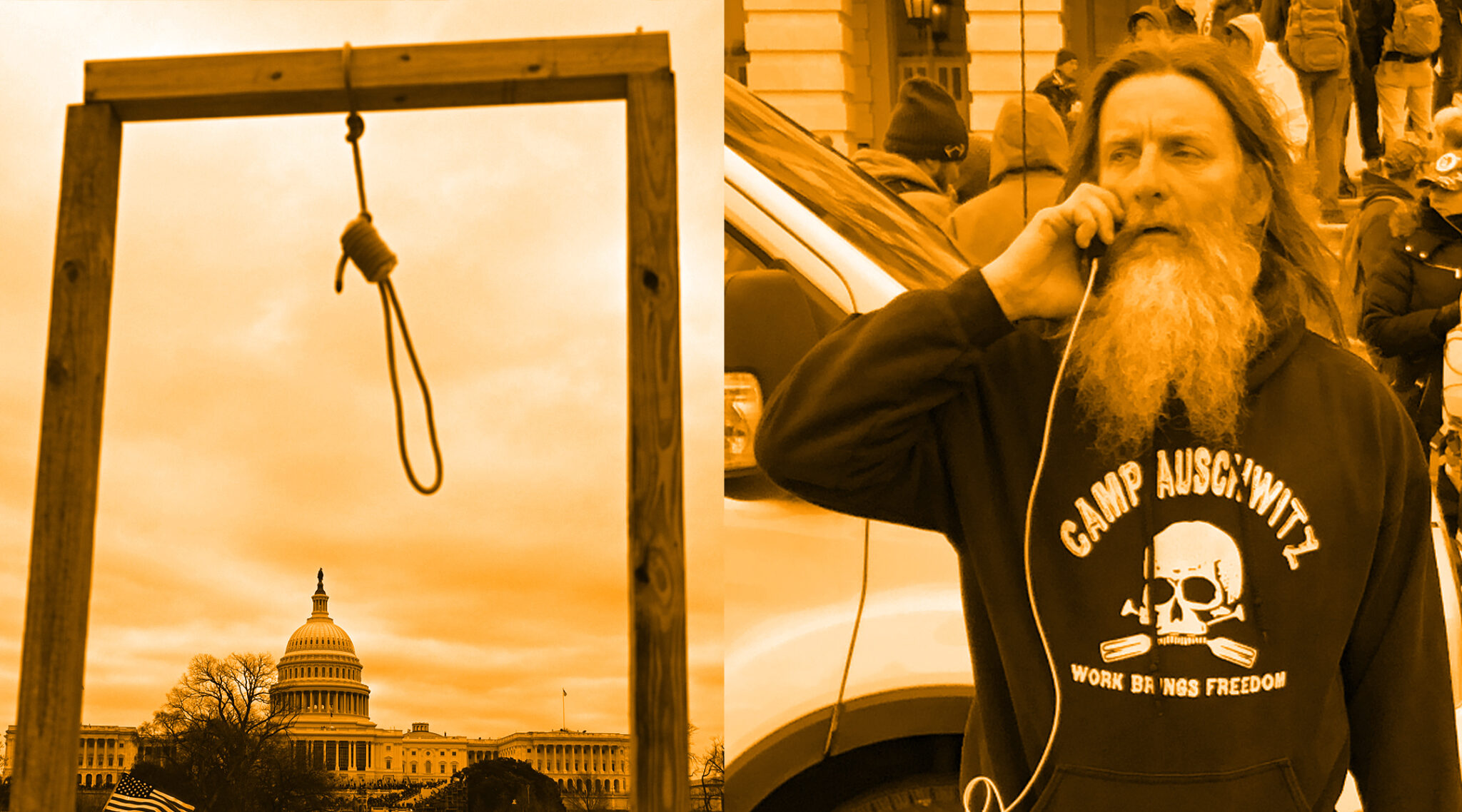 Among a pool of anti-semitic incidents during the Capitol chaos last Wednesday, was the image of a man, unabashedly wearing a sweatshirt that read “Camp Auschwitz”, followed by a line “Work brings freedom”. This was one of the many hate symbols that were projected during the riots that befell the US Capitol last week, and the man who stormed the U.S. Capitol wearing this anti-Semitic sweatshirt has now been identified as Virginia resident Robert Keith Packer.

On Sunday, CNN identified Packer, after his photo was circulated in reports of the mob. The sweatshirt’s text is a rough translation of the phrase that greeted Jewish prisoners arriving at the Nazi concentration camp. The back of the sweatshirt said “Staff.”

According to the CNN investigation, Packer was described as “off-beat” and “extreme” by people who spoke with the outlet, and Virginia records also show that he has three convictions for driving under the influence and another for forging public records. Someone told CNN he worked as a welder and pipe-fitter.

One Virginia resident, who spoke to CNN on the condition of anonymity due to the sensitivity of the matter, described Packer as a long-time extremist who has had run-ins with the law. “He’s been always extreme and very vocal about his beliefs,” the resident said. Another source familiar with Packer described him as an “off-beat” character who has expressed frustrations with the government, though this source did not recall Packer ever talking about President Donald Trump or false allegations of voter fraud.

In other incidents of antisemitism during the protests outside the Capitol, a few of the rioters donned Pepe the frog paraphernalia, another previously harmless meme character that has been co-opted by white nationalists as an anti-Semitic symbol. Others flew a green and black banner known as the Kekistan flag, another symbol used by far-right white nationalist groups that were modeled after a German Nazi war flag. Another man also wore clothing that read “6MWE” which stands for “six million weren’t enough,” a reference to the number of Jewish people killed in the Holocaust.