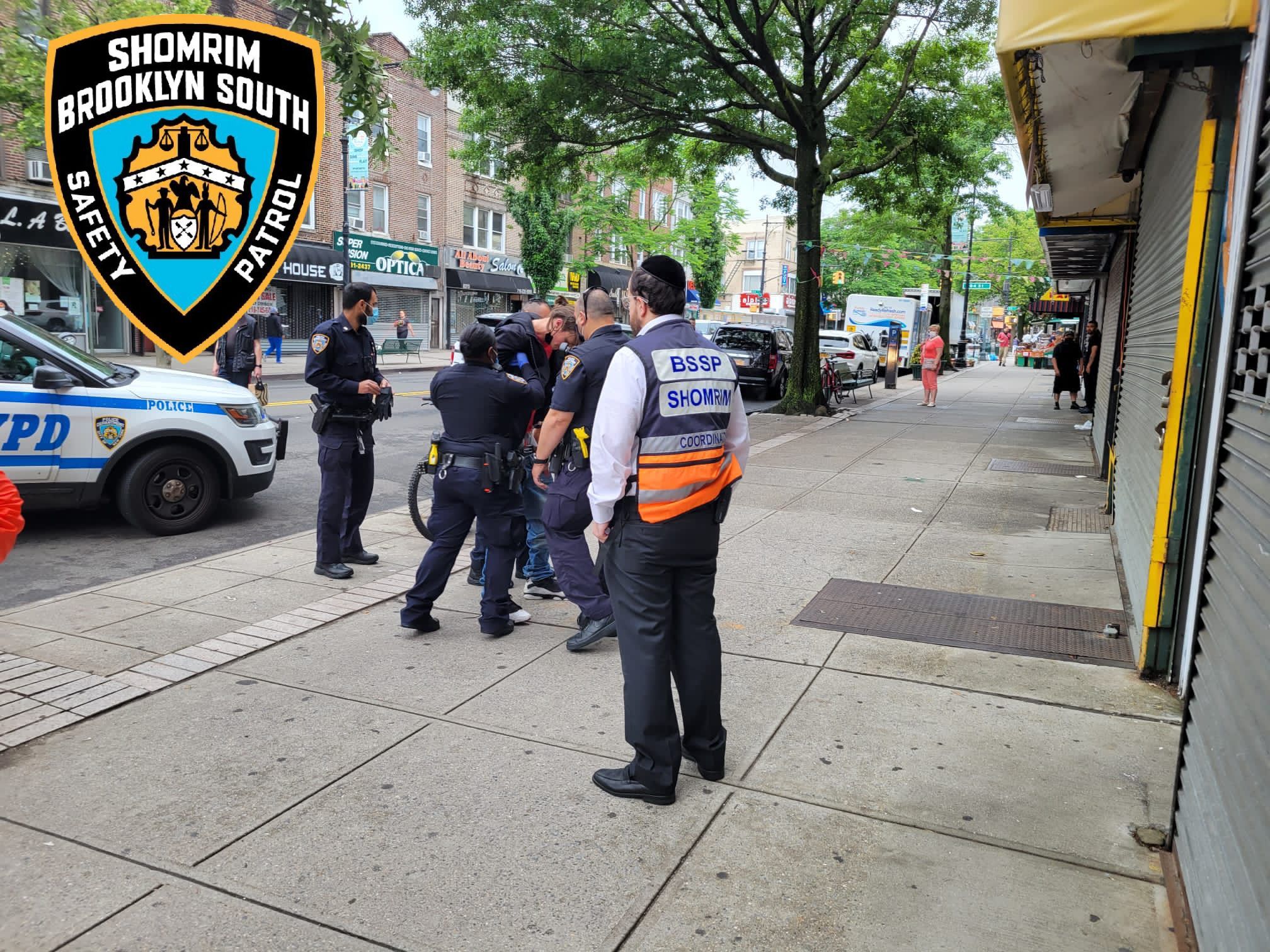 A suspect who stole a car Friday Morning didn’t have time to enjoy the stolen vehicle, thanks to Boro Park Shomrim and Flatbush Shomrim, who is a joint effort helped the NYPD to remove the car thief.

At around 8:00 am, Flatbush Shomrim managed to track the vehicle where it was being driven on 74th Street and 4th Avenue in the Bayridge area of Brooklyn near Boro Park. Flatbush Shomrim immediately contacted Boro Park Shomrim, giving over the information of the whereabouts of the vehicle.

Immediately, a group of Boro Park Shomrim volunteers made their way into Bayridge where 1 of the volunteers spotted the car occupied by 2 people parked just 2 blocks away from where Flatbush Shomrim had initially tracked them. After spotting the vehicle parked with the suspects searching through the glove compartment at 4th Ave & 76th Street, Boro Park Shomrim contacted the NYPD to respond to the location to arrest both suspects who were sitting in the stolen vehicle.

After the NYPD responded, the 2 suspects realized that there was a police car behind them, the 2 suspects in the vehicle pulled out of the parking spot and started making their way off. After a pursuit on the Bayridge streets, the stolen car came to a stop at 5th Avenue & 76th Street, where the stolen car was involved in a car crash. Immediately, both suspects jumped out of their car where they started fleeing on foot. Shomrim along with the NYPD managed to apprehend the driver of the stolen vehicle, while the second occupant hid and was unable to be found.

The NYPD arrested the driver of the stolen vehicle where he is waiting to be charged with GLA (Grand Larceny Auto). The NYPD told shomrim that they will continue to search for the second suspect in an attempt to arrest him as well.