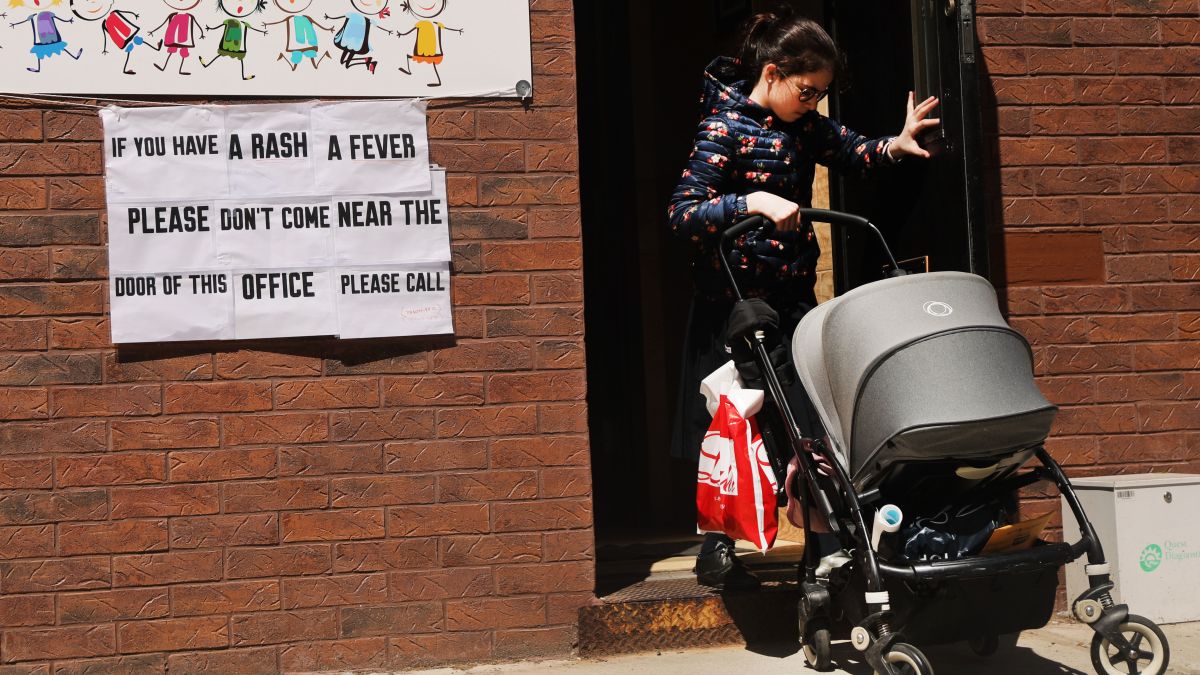 Cases of RSV Shoot Up Among Infants In Brooklyn Jewish Community

After the visible decline in COVID-19 cases across New York, the Brooklyn Hasidic community is facing yet another infection- this time more treacherous for infants. The RSV or respiratory syncytial virus which had taken a backseat during the coronavirus lockdowns, is now resurfacing, causing fresh concerns for not just the orthodox community, but also the city.

As reported by the Jewish Telegraphic Agency, at least 15 patients from Dr. Israel Zyskind’s pediatrics practice in Borough Park are hospitalized currently with a respiratory syncytial virus, or RSV, a virus that manifests as little more than a common cold in adults but can be dangerous for infants and toddlers. According to the city’s Health Department, there were 10 documented cases of RSV in Brooklyn during the last week of February. During the week of April 4-10, there were 294.

The cases are appearing in Williamsburg, Borough Park, Bensonhurst, Kensington, and Midwood, and parents and families are being strongly urged to follow a certain set of precautions in order to prevent the disease from spreading further. “Parents and guardians are encouraged to keep sick children at home and prevent anyone with cold-like symptoms from coming in contact with young children,” the Health Department is advising. “If children are having difficulty breathing, wheezing, not eating or drinking, parents should contact their health care provider immediately.”

What’s unusual about the spread of RSV now, during spring, is that the virus typically creates havoc during the winters, or whenever the air is colder. According to Dr. Zyskind, the reason for this unusual phenomenon is that “Nursing mothers, who would [typically] protect their children through passive immunity, aren’t able to give that robust immunity to their children this year because the mothers were not exposed to these viral illnesses last year as they usually are. Also, a lot of the toddlers who get mild illness skipped the typical RSV season last year, have no immunity to RSV, and thus pass it to their siblings or neighbors.”

The virus commonly causes symptoms like runny nose, cough, and fever, and can cause a child to eat less, spreads easily in schools and daycare facilities. Most children will have contracted the virus by the age of 2 and, for most of them, the virus is not dangerous. But RSV can lead to more serious illness in babies, whose airways are smaller and who have no immunity to the virus. There is no vaccine available to counter the virus but is always advisable to follow some hygiene and sanitation guidelines to avoid its spread.