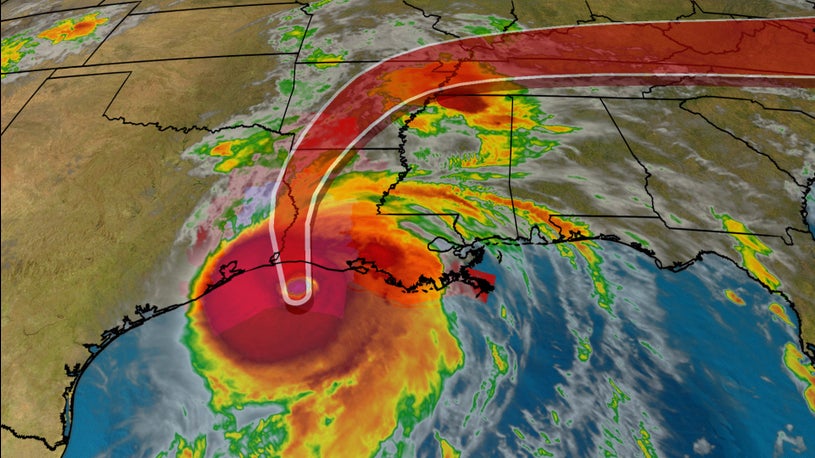 A calamity with the potency of being immensely destructive, Hurricane Laura made landfall early Thursday (at around 1:00 AM) in southwestern Louisiana near the Texas border. The Category 4 storm has been stated to harness a potentially “unsurvivable” storm surge and “extremely dangerous” winds blowing at up to 150 mph.

Drawing parallels to the lethal Hurricane Katrina (2005), Laura has the capability to cause terrible damage to the Gulf Coast, with floodwaters permeating up to 40 miles of the inland. According to the National Hurricane Center, the storm is set to remain for days and has just taken its roots with the eyewall roaring ashore over Cameron Parish near Lake Charles, Louisiana, about 1 a.m.

Mass evacuations have already led to an emptying of surrounding areas, minimizing the human risk factor of the calamity. In it’s continuing guidelines for those who may be exposed to the storm, the Hurricane Center recommends, “The safest place to be during a major landfalling hurricane is in a reinforced interior room away from windows. Get under a table or other piece of sturdy furniture. Use mattresses, blankets, or pillows to cover your head and body. Remain in place through the passage of these life-threatening conditions.” 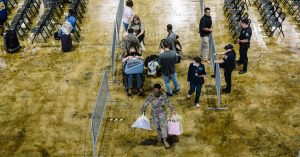 Louisiana Gov. John Bel Edwards tweeted that he has ordered the state to close the Interstate 10 eastbound at the Texas-Louisiana border and westbound west of the Atchafalaya Basin.

The first major hurricane of the 2020 season, Laura may be more devastating than anticipated. According to meteorologist Donald Jones, the hurricane is set to cause widespread power outages, uprooting of trees, and major damage to property. The hurricane center said parts of the Louisiana coast from Johnson Bayou to the Rockefeller Wildlife Refuge could see waters rise as much as 20 feet from “the combination of a dangerous storm surge and the tide.”

The research further stated that the storm surge could reach as far as 30 miles inland from the coastline, and that “Actions to protect life and property should be rushed to completion as water levels will begin to rise later today.” 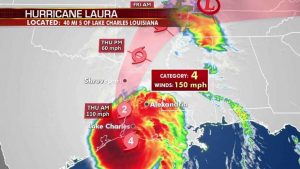