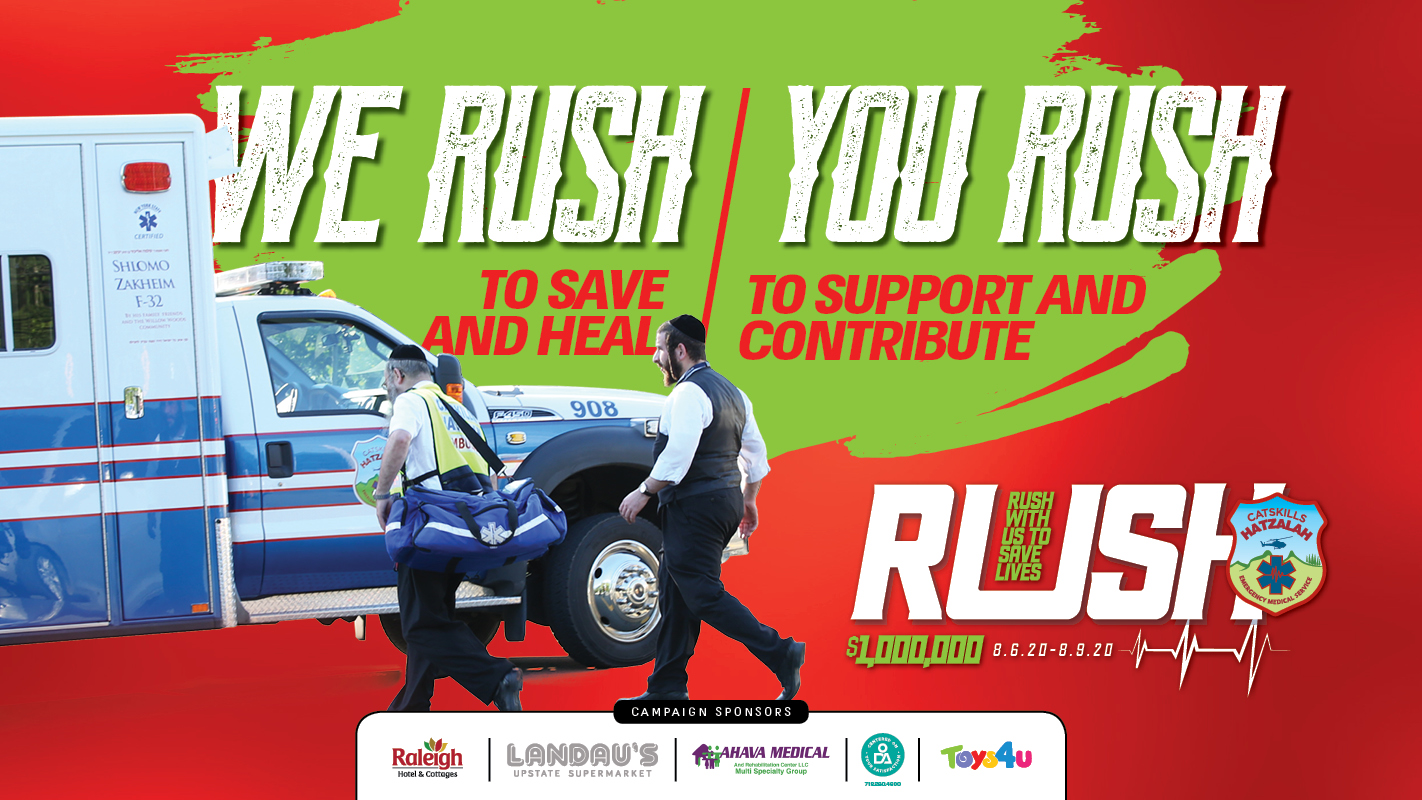 The Catskills Hatzolah successfully reached their goal tonight of $1,000,000 dollars after a successful 3-day fundraiser Campaign.

The campaign was launched on Thursday, with the theme “RUSH”.

Tonight they overdrove the goal by reaching $1.2 million dollars marking the campaign a major success.

The need for this campaign money is extra to mention, Catskills Hatzolah has a fleet of 15 up-to-date fully equipped ambulances with over 400 members responding to thousands of emergency calls a year.

The Catskills division covers over 1,000 square miles of territory, responding to emergencies in the summer weeks and all year round.