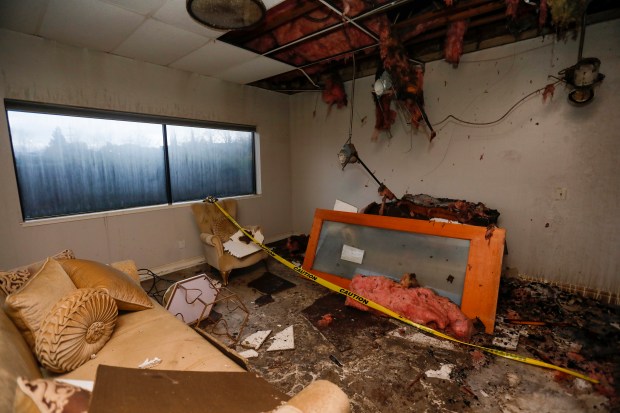 Currently under investigation, a Californian Chabad House that had just opened 3 months ago, has been completely destroyed due to a massive blaze- the cause of which is still unknown.

Cleared from being a hate-fuelled attack according to reports, the massive blaze at the San Jose Chabad House occurred on Wednesday last week and began in the building’s carport before spreading to the rest of the structure. Luckily enough, firefighters reached on the scene, and the shul’s Sifrei Torah were thankfully saved before the flames could engulf the Aron Kodesh.

According to local news outlets, a homeless man seen on surveillance footage is believed to be the individual responsible for the blaze. “The Torahs have a terrible smell on them, but they’ll recover,” Rabbi Mendel Weinfeld, the Chabad shliach who serves as the Rav, said. “Thank God that was saved. And thank God there was nobody in the building. I feel bad for the homeless man that just by mistake burnt down the synagogue,” he added.

Speaking about how the House had opened just three months back, in August, the Rabbi said, “It’s shocking to see a synagogue in flames,” Rabbi Weinfeld said. “And we’ve got to react. And our reaction is that we’ll do more, we’ll do another mitzvah. We’ll do something more to make this world a little brighter.”

Rabbi Weinfeld and his wife Mussie had first opened the Chabad center this August 2021, just in time for the yamim noraim and Sukkos. Besides having a shul, the center held community events and classes for the Jewish community in San Jose. Donations to rebuild and recover the Chabad House are now open.