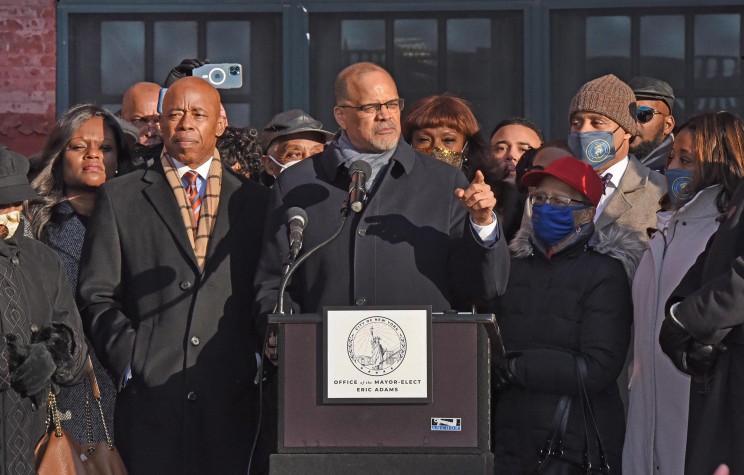 Incoming New York City schools Chancellor David Banks said Friday that he will do his best to keep kids safe so that they will not anymore bring guns to school.

Banks said one of the reasons many kids bring guns to school is because they are “afraid” of the violence erupting in their own communities.

“So we want to make sure that our young people are safe, not only in schools, but also in the communities that surround them,” Banks added.

Adams made the announcement of his first major appointee on Thursday morning at PS 161 in Brooklyn’s Crown Heights neighborhood.

The appointment of Banks, 59 is considered a good move since he is a key adviser to Adams and best known for founding several city public schools — including a network that primarily educates boys of color.

Banks, a native of Queens pivoted from a legal career and served as a principal before launching the Bronx School for Law, Government, and Justice in 2004.

He went on to establish the Eagle Academy for Young Men in the Bronx in 2004, an all-boys school that later expanded to a network of six campuses by 2014.