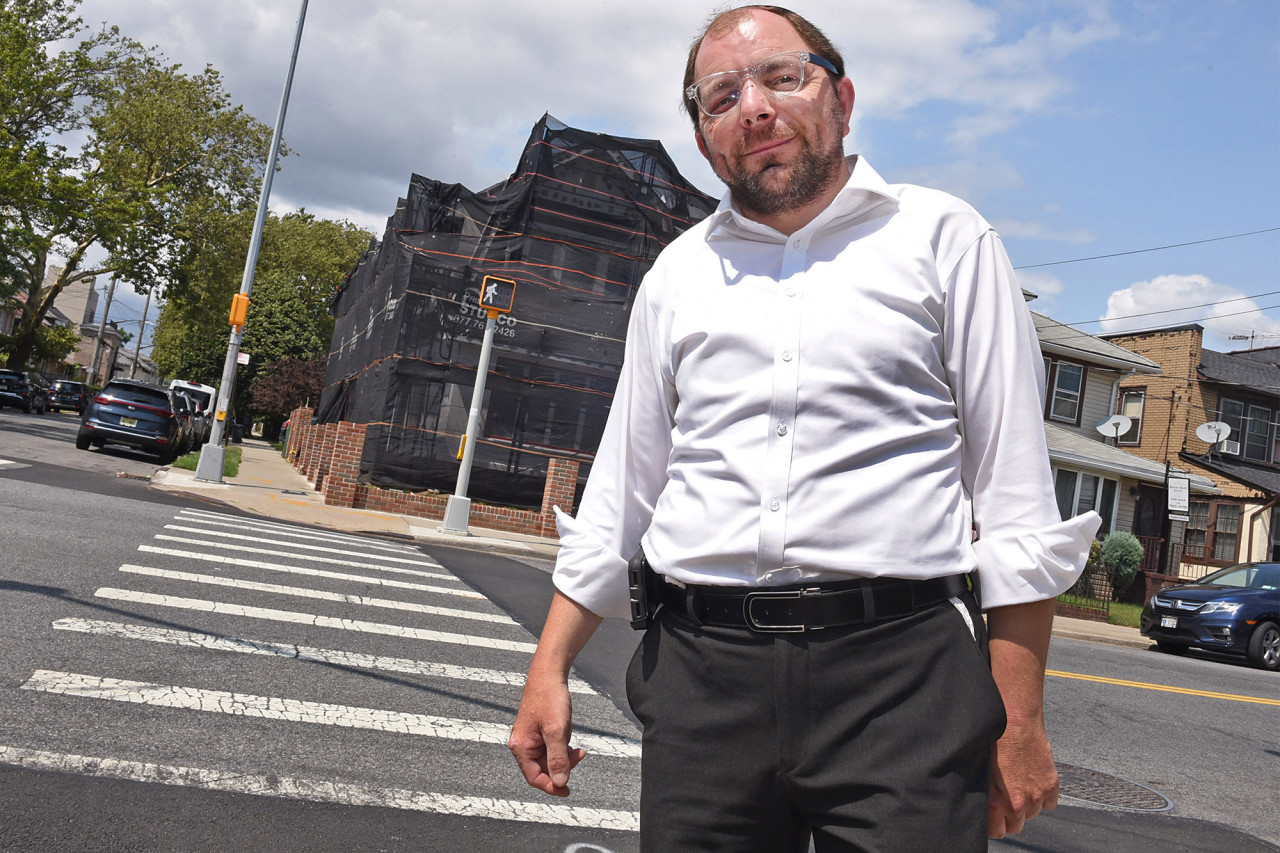 In a recorded video released by the New York Post, 41-year-old Orthodox Jewish resident of Flatbush, Brooklyn- Mr. Levi Zupnick described how he was viciously beaten as he walked to his neighborhood synagogue last Friday morning. The two men that attacked him are still at large, and any information regarding the same will be rewarded by the Flatbush Shomrim.

FACE OF EVIL: After hours of following their steps via camera footage, our volunteers obtained video of the faces of the pair – wanted for this morning’s vicious assault/robbery on New York Ave. If you recognize them, contact @NYPD63Pct & #Shomrim 718-338-9797. @NYPDHateCrimes https://t.co/iSh5oegt1P pic.twitter.com/5HSuZgUrq4

Completely unaware of who attacked him, Zupnick was targeted by two men, who assaulted him from behind as he was walking on New York Avenue between avenues J and K at 5:45 when the incident occurred last Friday. In the video published by the NY Post, Zupnik said,“They were punching me in the face. I had blood on my face, my shirt. Everything was bloody.”

The surveillance footage of the assault has been released by the Flatbush Shomrim on Twitter, with the caption, “FACE OF EVIL: After hours of following their steps via camera footage, our volunteers obtained video of the faces of the pair – wanted for this morning’s vicious assault/robbery on New York Ave. If you recognize them, contact @NYPD63Pct & #Shomrim 718-338-9797. @NYPDHateCrimes” The thread continued to say, “This pair viciously assaulted and robbed a local resident on his way to Shul this morning. His Tefillin were ultimately recovered by our volunteers. #Shomrim is offering a $1k reward for info leading to arrests – call @NYPD63Pct 911 and our hotline 718-338-9797 with any info.”

Zupnik went on to say that his calls for help went unanswered and that his attackers said nothing as they struck him repeatedly, leaving him bruised and bloodied and taking his tallis and tefillin with them. The injured man rang the bell of a nearby home for help once the perpetrators fled the scene, and when no one answered, he called Flatbush Shomrim who responded to the scene.

“You can understand how devastating this is to anyone, innocent people who live in the city,” said Zupnik. “To be attacked unprovoked – it’s a travesty.” Zupnick had been on his way to open up the synagogue where he prays and to make coffee for the other congregants.

Anyone with any information is asked to contact the Crime Stoppers Hotline by phone at 800-577-TIPS, by text at 247637 (CRIMES) and then entering TIP577 or online at www.NYPDCrimeStoppers.com.