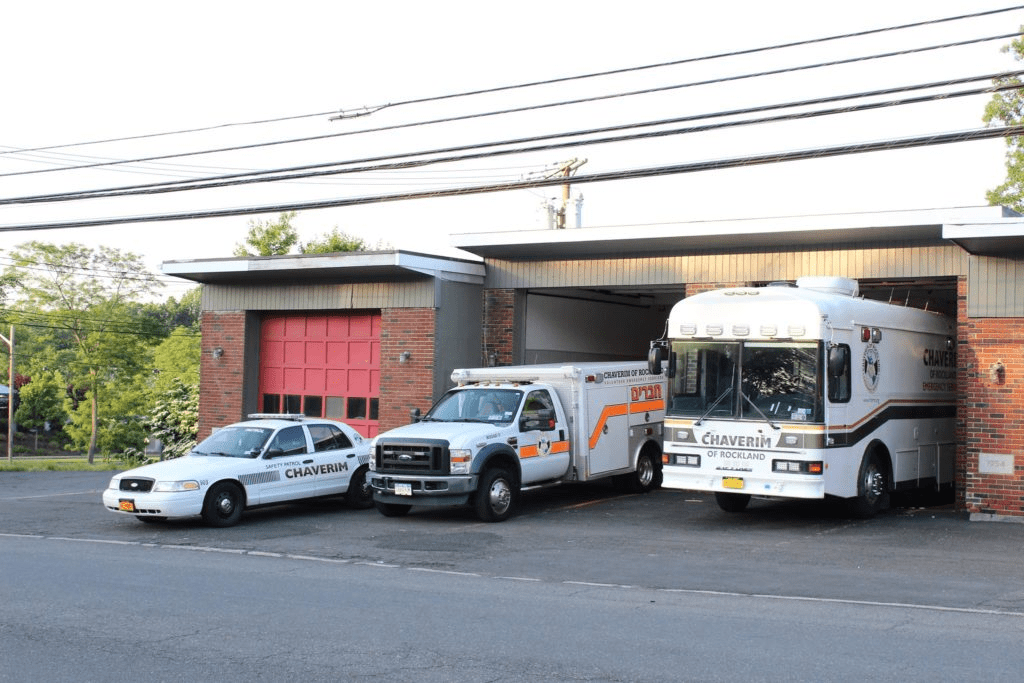 Chaverim Of Rockland Succeeds Through Histadlis

In early November, a call came through to the Chaverim of Rockland’s dispatcher from a woman who was frantic. She had misplaced her purse while attending a family simcha. The woman was visiting from Eretz Yisroel and was here with her husband for a few weeks for the chasunah. This missing purse contained money, jewelry, and most importantly, her passport and that of her husband. The woman insisted she had left for the wedding with her purse in hand but did not leave with it once the wedding was over. She had no recollection though of where she had last had it.

Chaverim of Rockland volunteers were quickly on the case. After getting a description from the woman, they proceeded to check the footage of the wedding hall. After some review, they saw her get out of a cab for the simcha – without her pocketbook. The volunteers immediately called the cab companies the woman had taken that day, as there were more than one, and asked each\driver if he had found a missing purse in his cab. The drivers did not recall seeing a pocketbook in their vehicles. The volunteers also searched in all the places the woman had been, but that was as far as Chaverim was able to go until…

Last week the woman called again. She was in tears and felt she had no other choice than to ask Chaverim to see if they could possibly help somehow. It wasn’t about the money or jewelry as much as the fact that she and her husband needed to go back to Eretz Yisroel. Without a passport or any other ID, they were completely stuck. Yossi Margarettin, Coordinator of Chaverim of Rockland, who had been involved in the initial search, told the woman, “I cannot control what Hashem does, but I will do my hishtadlus, and bezras Hashem, we will find it.”

The woman asked him, “What are you going to do?”

“I don’t know,” was the reply, “but I do know I don’t have to tell the Ribono Shel Olam how to find your bag. We’ll just do more of our hishtadlus and bezras Hashem; we will find it.”

“I felt I had done everything I needed to do that I could,” Yossi told the Monsey Mevaser, “reviewing the cameras, looking all over, but the couple needed to get to Eretz Yisroel, so I had to do more of my hishtadlus.”

Yossi headed to the office of the taxi company the couple had taken to the simcha. Once there, he insisted the taxi driver who had driven the couple to the chasunah come to meet him so he could personally conduct a search of the vehicle. The minutes ticked by while he waited for the driver to show up.

After nearly an hour, a call came through to Chaverim’s dispatch center that someone in Wesley Hills who had gone out to bring in their mail had found a purse stuffed into their mailbox. A neighbor suggested they call Rabbi Shaya Erps. As the founder of Chaverim, he would know what to do. Rabbi Erps suggested the caller call the Coordinator of Chaverim of Rockland – Yossi Margarettin.

Of course, the bag found was the one Yossi was presently doing his hishtadlus for. The money that had been in there was long gone, but baruch Hashem, the jewelry, and most importantly, the passports were in the bag. The couple was able to make their flight back to Eretz Yisroel on time – all because a Chaverim member did what he deemed was “just doing his hishtadlus”.

“The way the purse was returned,” says Yossi, “was in a totally different way than anyone expected. It just shows you that you do your part and have a little bit of emunah and the Ribono Shel Olam helps with the rest.”

Taken with permission from Monsey Mevaser.