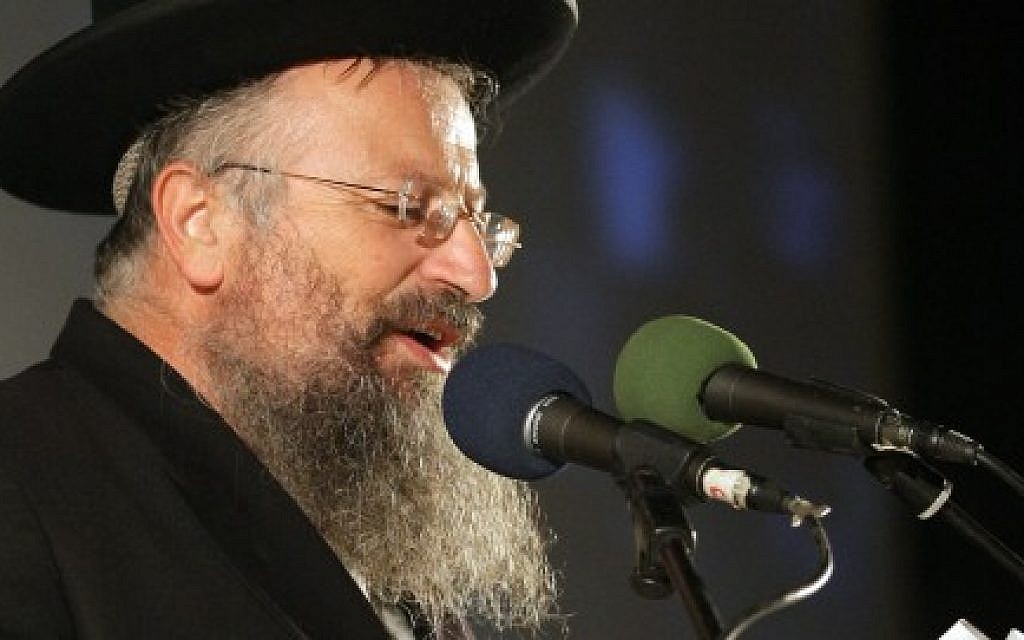 Chief Rabbi of Tzefat Assaulted By Arabs In Jerusalem

On Sunday evening, during a visit to Jerusalem, Rabbi Shmuel Eliyahu, the chief Rabbi of Tzefat, was attacked by unruly Arab assailants while sitting in his car.

Luckily escaping the attack unhurt, the Rabbi was being driven by his driver near the neighborhood of Ma’aleh Zeitim in east Jerusalem when Arabs began pelting his car with stones. The driver of the car was lightly injured after being struck by one of the stones.

Speaking to the Kikar HaShabbat news site, Rabbi Eliyahu said, “I was traveling near the old city of Jerusalem and they began to throw rocks at me. You can see where the car struck the windows of my car near the driver. Another stone hit right where I was sitting at the height of my head. This was truly a life-threatening experience.”

“Thankfully, I was traveling in my father’s car, which has rock-resistant windows. My father was protecting me from heaven. The mission of the Arabs was to kill me, but I am alive and well. May Hashem cut them off, they do not have any place in Jerusalem. It is an embarrassment for the holy city that people who do such things are allowed to be wandering around. I expect the police to hunt these men down until there is no one left who throws stones. Their mission was to kill. This is what happens when we allow them a little leeway to build and travel in illegal ways. This is what the end result is.”