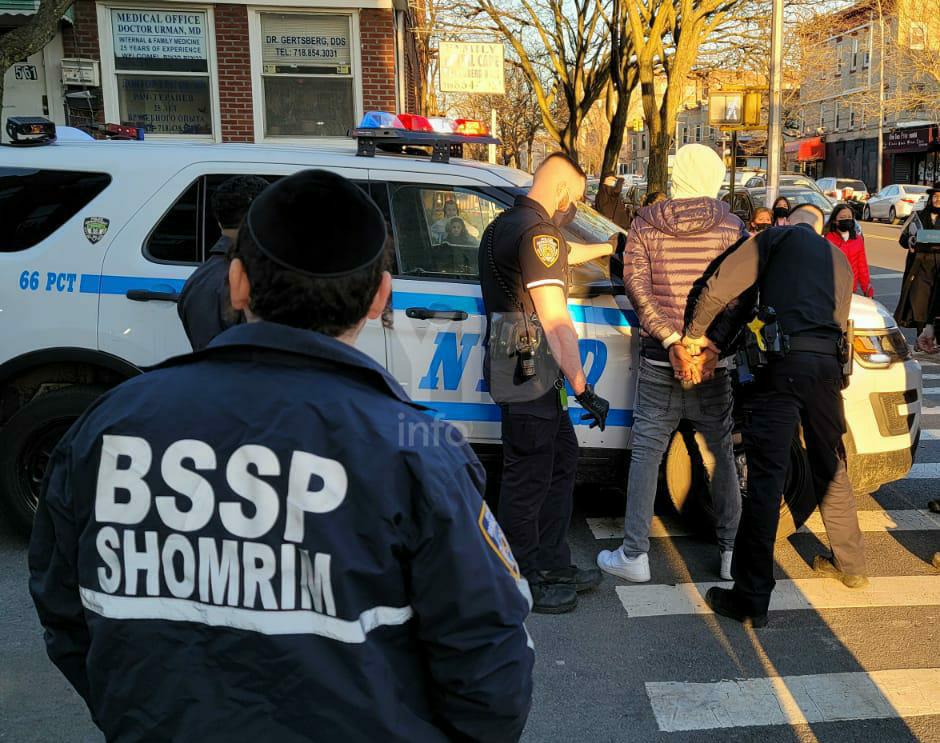 The incident unfolded on Friday around 5:10 PM (20 minutes before the Zman), where a black male made entry to a vehicle idling with a 14 year old boy waiting for his father to return.

The male took off with the car, at first without realizing he had a passenger in the back. He took an opportunity and with a knife in his hand he shoved the kid out of the car and continued to escape the many Shomrim members and NYPD officers who were searching for him.

When the father came out to go back to his car, he realized what had just happened, he called the Boro Park Shomrim right away, who right away started a thorough canvass of the area.

Around 10 minutes later, a member of shomrim spotted the vehicle on McDonald Avenue and 18th Avenue and followed as the police was being notified of the updated location.

The perpetrator who has by then realized that he’s being followed, started passing red lights and driving extremely erratically with an attempt to flee from the Shomrim volunteers who were following him. After a short chase around the Kensington area, he was brought to a stop at East 3rd Street and Cortelyou Road, were police right away hand cuffed the suspect and took him into custody.

Wittneses on East 3rd Street said “I’ve never seen such a thing in my life, shomrim members quickly and professionally responded, and notified the NYPD on every move, until they closed in for the arrest”.