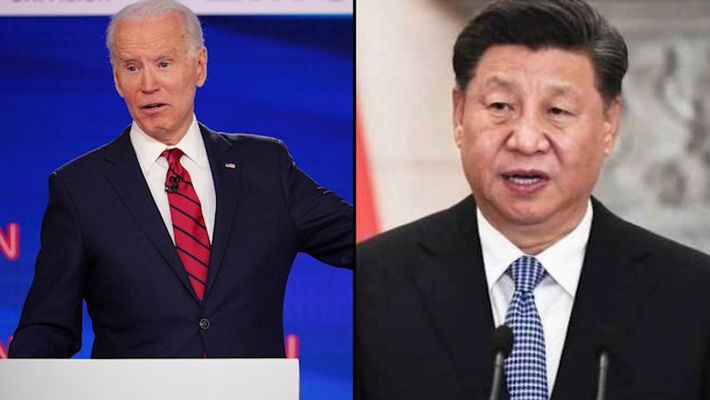 China Declines To Acknowledge Biden Presidency, Says Results Are Yet To Be Declared

In a seemingly odd dismissal of the new President-elect, arch-rival China, on Monday, declined to acknowledge Democrat Joe Biden as President, saying that the final outcome of the US elections was yet to be determined.

After all world leaders congratulated Biden for winning the 46th Presidential Elections this year, China had another perspective to offer. Although President Trump is yet to concede and has propped up several legal charges, it has been formally recognized that the Biden-Harris partnership has won the elections. The winners were declared the weekend, as celebrations took over the nation and victory speeches were delivered.

China, which is among a handful of major countries including Russia and Mexico that has not congratulated the President-Elect as yet, said Monday it had “noticed that Mr. Biden declared he is the winner of the election.”

“Our understanding is that the outcome of the election will be determined in accordance with US laws and procedures,” foreign ministry spokesman Wang Wenbin told press at a regular briefing. After declining to acknowledge Biden’s victory despite repeated questions from reporters, Wang said: “We hope the new US government can meet China halfway.”

This answer is quite strongly an allusion to the severed and tensed relations between the two nations, which over the past four years, grew even more contentious, with the surmounting issues of a costly trade war followed by the Covid-19 pandemic, as well as Beijing’s human rights record in Xinjiang and Hong Kong. President Trump, on more occasions than once, has referred to the coronavirus as the “Chinese Virus”, over speculations that the country had used the lethal disease as a means to injure the global economy.

Commenting upon the relations between the two countries, Mr. Wang said: We have always advocated that China and the U.S. should step up communication and dialogue, manage differences on the basis of mutual respect, expand cooperation on the basis of mutual benefit and promote the sound and stable development of China-U.S. relations. He further went on to say, “Mr. Trump’s four years in power were the worst phase in China-U.S. relations as the ruling Communist Party of China headed by President Xi struggled to deal with what China’s officials say is the most elusive and unpredictable American leader ever since the former U.S. President Richard Nixon in 1972 established ties with the Communist nation.”

While the official did not consider the Biden win, he lauded Kamala Harris’ selection, saying, “In China, there is a saying that women hold half of the sky. China has been committed to realizing gender equality and advancing women’s development around the world.”