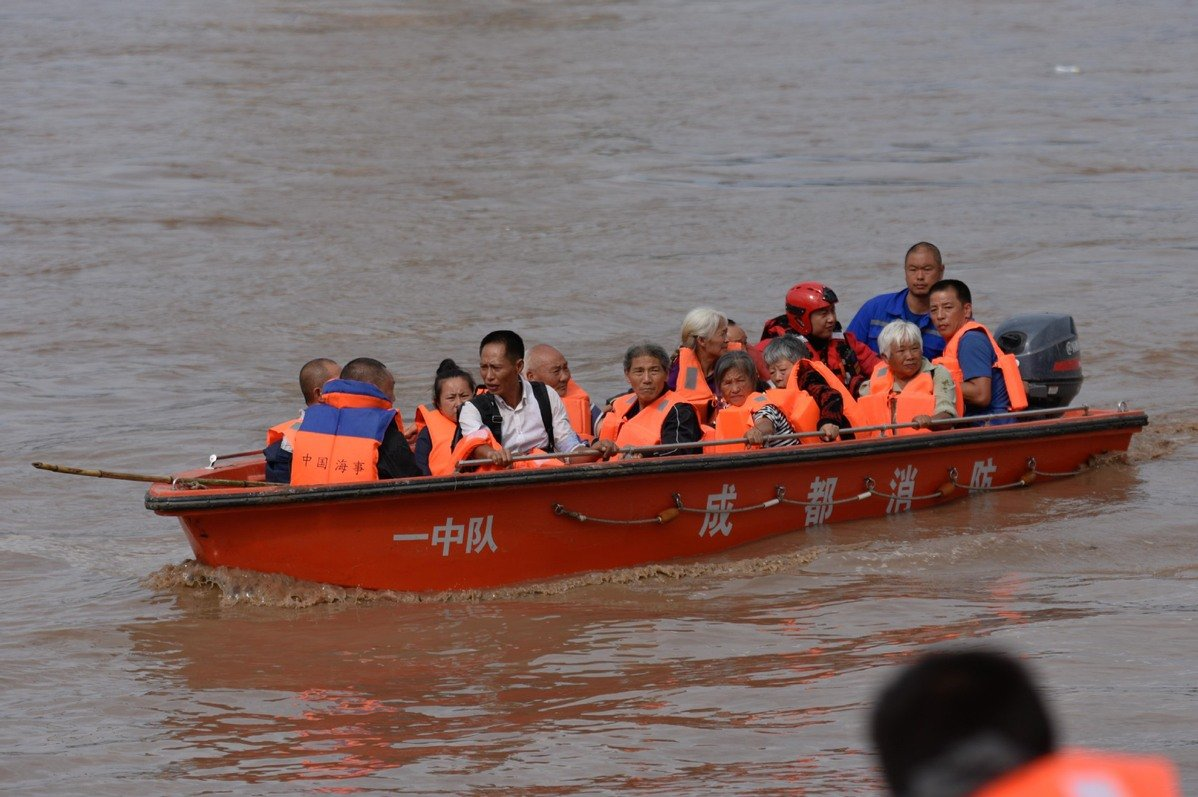 With the flood situation worsening day after day, 100,000 people had to be evacuated from areas around the upper reaches of the flooding Yangtze river, in China earlier today.

The water intake at China’s Three Gorges Dam in the Sichuan province has hit an all-time high as the torrential rains continue to pour. The water level in the dam is speculated to reach a colossal level for the first time since it was built in 2003, which is primarily why a mass-evacuation went underway. A hazard to human life and bio-diversity alike, these floods are also posing a threat to the 1,200-year-old World Heritage Site. of the Leshan Giant Buddha.

Hoards of officials and volunteers took to using whatever resources they had, in order to protect the towering 71-meter Leshan Giant Buddha, a UNESCO World Heritage site. The team of volunteers and police officials propped up sandbags as the muddy water rose over the toes of the statue for the first time since 1949.

Raising its emergency response following a new round of unfathomable, torrential rain, The Yangtze Water Resources Commission declared a red alert saying that the water levels at some monitoring stations were expected to exceed flood protection levels by more than five meters.

Although officials are still stressing on the fact that all dams and reservoirs along the Yangtze River were built to sustain and shield the region from a barrage of floods, critics of the projects feel that these structures might be the very reasons that are making matters worse.

“The Three Gorges Project, (a massive hydroelectric facility designed to curb floods on the Yangtze), is expected to see water inflows rise to 74,000 cubic meters per second, the highest since it was built,” the Ministry of Water Resources said. “The facility was forced to raise water discharge volumes on Tuesday in order to ‘reduce flood control pressures’, the Minister further added.

As rains ravaged the Sichuan province, rescuers successfully evacuated the affected population to safety, on Wednesday.